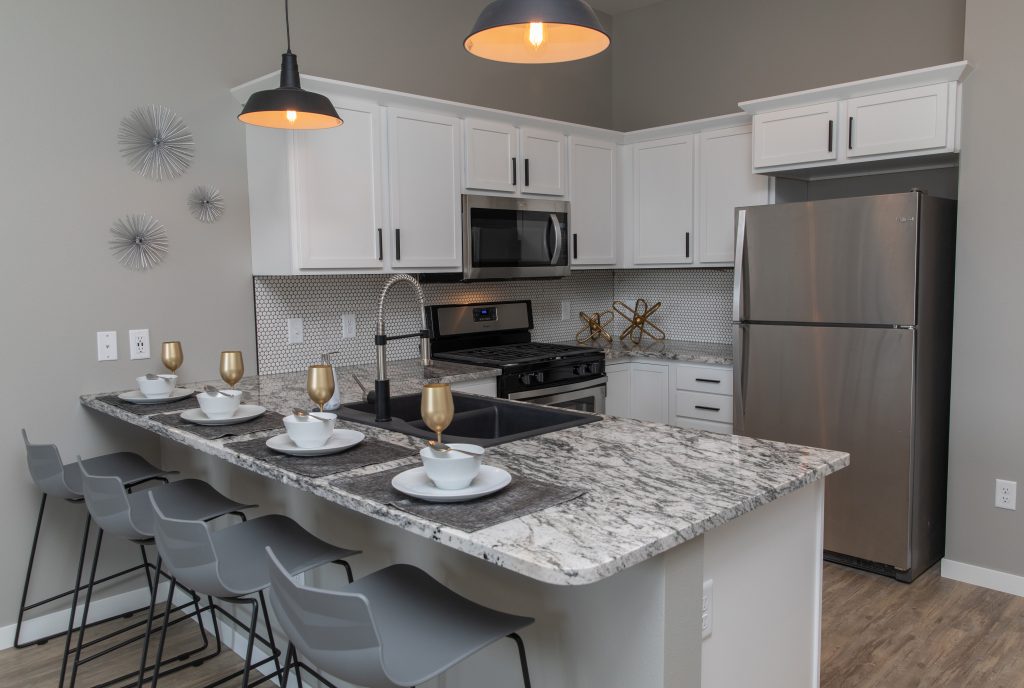 The Cascade, Lloyd Companies’ premier new downtown community, is really starting to look like home for those who quickly are filling it up.

In fact, there aren’t many lofts left on the fifth floor of the building, which provides expansive views of Falls Park and the Sioux Falls skyline. 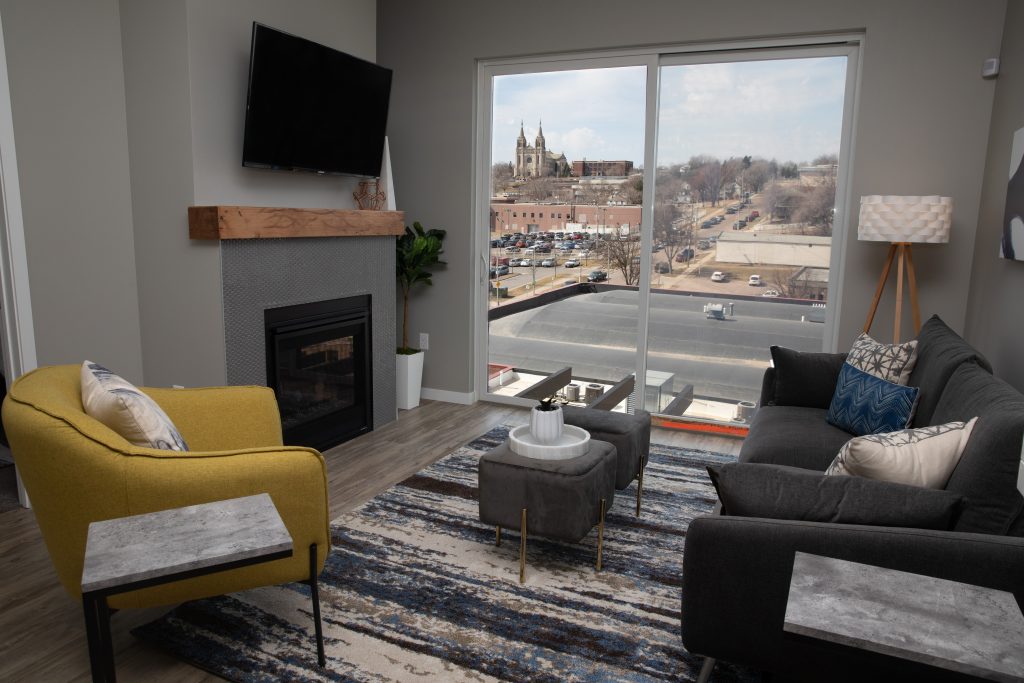 “If you would like to live on the top floor, you should talk with us as soon as possible,” Walters said. “We have a limited number of one and two-bedrooms left really throughout the building but especially on fifth.”

The model unit helps to provide potential residents a better idea of what they can expect in their new home. It’s a one-bedroom with white cabinetry, black hardware and a view that looks out to the future courtyard and as far as St. Joseph Cathedral.

“The model is really beautiful, and it definitely gives you an idea of what the rest of the community will look like,” Walters said. “We know those who have rented so far with us are planners and they can visualize everything. But now that we have a model, we expect people who are ready to move fast but struggle to commit before it’s done to be interested.” 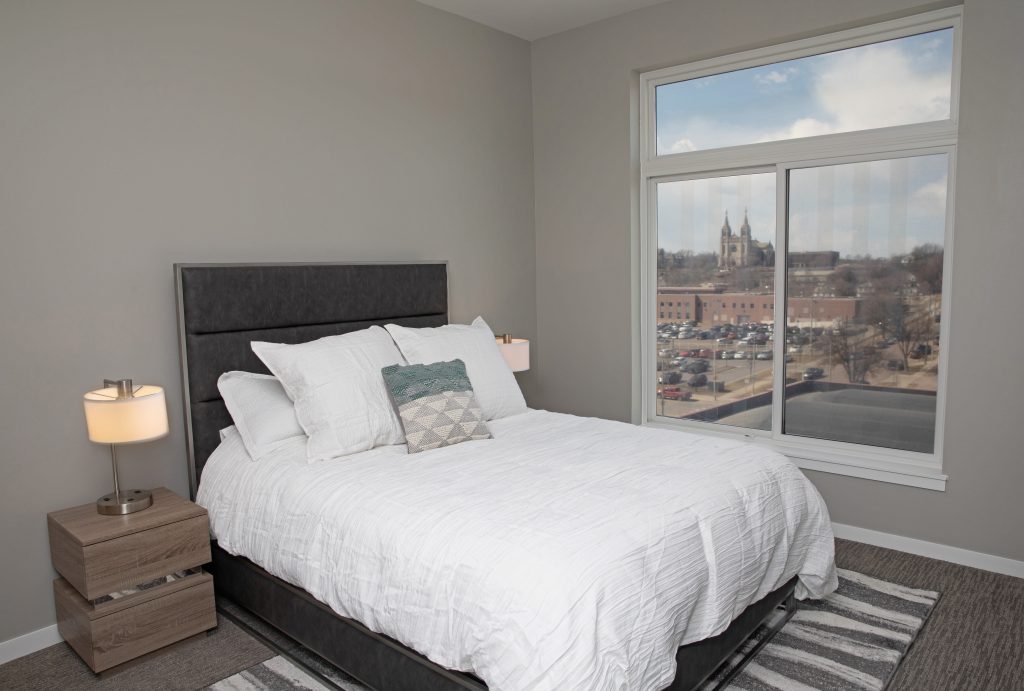 It won’t be long before new residents can move into the new building on North Phillips Avenue across from Falls Park West. Leases are scheduled to start in July.

“And the first floor is really going to come together in the next few weeks, so people will be able to see the wonderful common spaces,” Walters said.

Cascade residents will enjoy tons of amenities, from the courtyard with its outdoor pool and dog park to three community rooms, a gym and yoga studio. Plus, the first floor will include Severance Brewing Co. and other stores and restaurants.

“People who have already rented have come back two or three times to check on their future home, and they’re so excited by how they don’t ever have to leave the building,” Walters said.

“They can go down to Severance and have a beer. They can go across the street to the Levitt for a concert. There’s the pool and gym right here and the possibility of more restaurants. Plus we’re right across from Falls Park and you can go on the bike path or to the Farmer’s Market during the summer.” 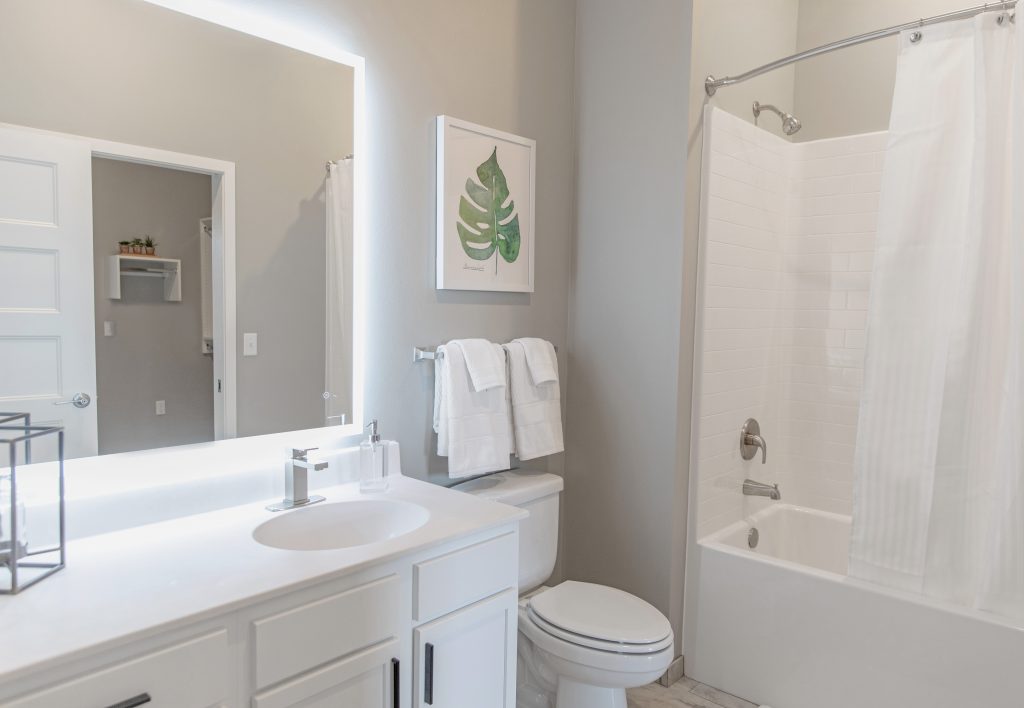 “The Cascade is really becoming a community already,” she added. “We’ve started having gatherings for residents and that will only continue once we open. Everyone likes getting to know each other, and it’s really more like living in a community than living in an apartment.”

Previous Article
Lloyd Companies Announces Midwest Gastropub Tavern 180 To Open At The Galleria.
Next Article
Lloyd Lawn to Welcome Visitors To Levitt At The Falls