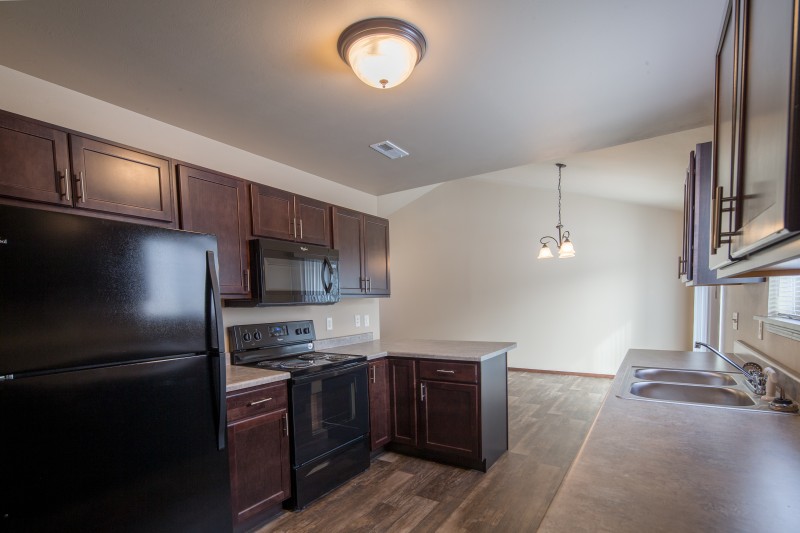 Our Moving Moments series captures current renters as they talk about living in our communities. Meet Courtney, one of our residents at West Pointe Townhomes in southwest Sioux Falls. Here’s her story:

Courtney and her husband, Brady, were in living situation limbo.

Should they buy or build?

They just knew the home they had in Colman, S.D., was a little far from Sioux Falls.

“And we decided we wanted to move to Sioux Falls and look at doing something different,” Courtney said. “So we decided to rent for a year and figure out what we were going to do.”

The search for a place to rent led them to West Pointe Townhomes, a new community from Lloyd Companies in southwest Sioux Falls.

They sold their house in August, moved to West Pointe, and about a month later the household grew when baby Beau arrived.
“We had just gotten settled in,” Courtney said. “I liked that they were brand new. That was awesome for us, and the location is good. We both have about a 10 to 15 minute drive to work. And the neighborhood is very nice and quiet.”
She’s looking forward to walks with Beau and the family dog, Captain, now that nicer weather is arriving. And while the family still plans to find a house one day, for now they’re enjoying maintenance-free living at West Pointe.

To learn more about West Pointe and other Lloyd properties, visit http://www.334rent.com.