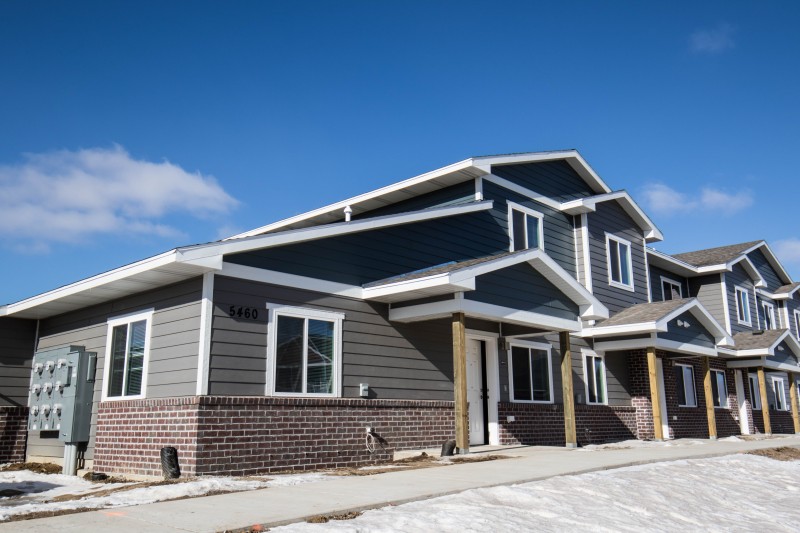 Located within the Dawley Farm Village development, Trinity Point brings 48 new affordable housing apartments to the east side of Sioux Falls. The project provides residents an opportunity to live closer to employers, schools, health services, and other retail services.

Trinity Point was funded through programming offered by the South Dakota Housing Development Authority in conjunction with tax credit syndication by Midwest Housing Equity Group. The project was funded with financing provided by both the City of Sioux Falls and Horizon Bank.

“It takes multiple organizations and partners working together to put a project like Trinity together,” said Chris Thorkelson, President & CEO of Lloyd Companies. “We’re thankful for the commitment from the State of South Dakota and City of Sioux Falls to providing resources that help support the development and construction of affordable housing.”

Construction on the project began in May of 2017 and the first homes in the Trinity Point community opened earlier this year. The final apartments will be delivered in May of 2018 to complete the project. Residents will also enjoy a community room and playground on the property.

Lloyd Companies’ vision of Improving Quality of Life is realized through the Trinity Point project. We are proud to bring 48 clean, safe, and affordable homes to Sioux Falls residents.