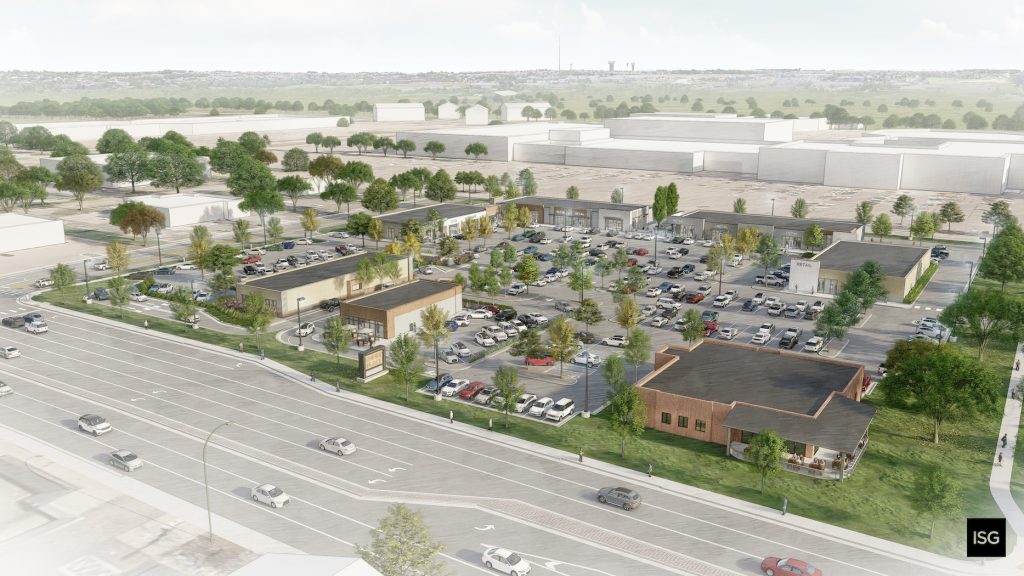 Lloyd Companies is set to begin transforming a former auto dealership on West 41st Street into a sought-after retail development. Work will start soon on Empire Place, which is envisioned as a mix of shops and restaurants.

“It’s obviously a premier site in the market,” said Raquel Blount, who represents the property for Lloyd. “We’re seeing activity from smaller shops and boutiques … and that builds on the strong interest we’ve had from restaurants all along. They’re driving energy and excitement, and we’re looking forward to announcing that as soon as we can.”

There are currently three leases and letters of intent being negotiated which would fill about half of the spaces available.

“We’ve gotten three or four national retailers who have come to the market to tour that we’re pursuing. So hopefully, it’s a resurgence toward new retail.”

To see more on the plan, click here. https://siouxfalls.business/auto-dealer-closes-as-redevelopment-prepares-to-start-on-mall-retail-site/