Sioux Falls, South Dakota: A major milestone has been reached at The Cascade project, Lloyd Companies’ newest development in downtown Sioux Falls as site remediation has been completed.

Over the past several weeks, demolition has been finished and contaminated soils were substantially remediated on the 2.5-acre site. Remediation was performed in excess of Environmental Protection Agency residential health risk screening limits and South Dakota Solid Waste disposal requirements.

As additional excavation is completed on the site, the remaining soils from the excavation will be put to good use. Lloyd Companies will gift the City of Sioux Falls approximately 10,000 cubic yards of fill material and will place the material at the park to slope the lawn for the Levitt Amphitheater – saving the city approximately $100,000.

“We’re happy to partner with the City of Sioux Falls to move this important community project forward.  The Levitt Shell will be a wonderful addition to downtown,” said Chris Thorkelson, CEO of Lloyd Companies.

Work will now commence to construct over 200 apartment homes, retail space, and recreation areas across from Falls Park West.

“Now that remediation and demolition have been completed, the underground parking structure will begin to take shape throughout the winter and we’ll see the project begin to come out of the ground in early spring,” added Erica Beck, VP of Development at Lloyd Companies.

The Cascade, a $43 million development located between North Phillips and North Main Avenues, and 2nd and 3rd streets, in downtown Sioux Falls will bring a vibrant mix of new living space, shopping, dining and recreation to the area.

Elements of the development include: 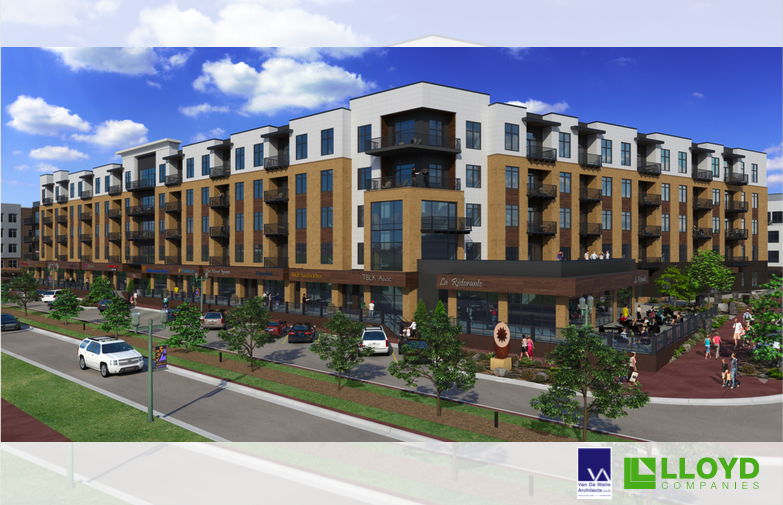