It’s Official: The Cascade Cuts The Ribbon On “Jewel In The Crown Of Downtown” 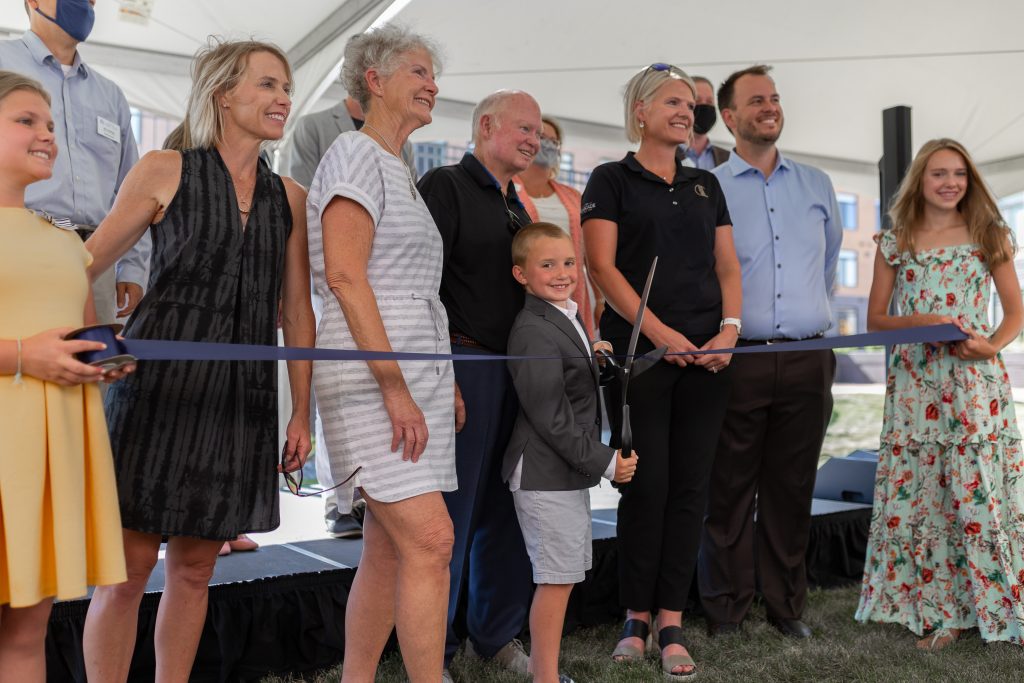 The Cascade at Falls Park is nearly filled with residents, the incredible courtyard is always bustling and almost all commercial spaces are up and running.

“Downtown is a heart and soul of any community and that’s never been more true than it is in Sioux Falls. And this is the latest jewel in that crown of downtown. We really thank Lloyd Companies for what they’re doing.”

It’s hard to believe there are nearly 200 apartment homes, an amazing courtyard and multiple locally owned businesses on land that once contained blighted buildings and contaminated soil, Eckhoff added.

“A site most people wouldn’t ever dream of touching. But then Craig Lloyd and his crew showed up and today we have a $20 million taxable valuation that wasn’t here before this project started. And I think that’s a huge, huge testimony to the value of development and how critically important it is to our community.”

“This is just an incredible property,” he said. “There’s nothing like this in downtown Sioux Falls. We put a lot of blood, sweat and tears into it and the community answered.”

Those who spoke on behalf of the Chamber also praised Lloyd and The Cascade.

“You have been a friend to the city and to the community and to LifeScape, and we all just want to say thank you, and we appreciate your continued investment in this great community,” said Kim Haiar Director of Development and Public Relations at LifeScape Foundation, who represented the Chamber ambassador group.

James Payer, who represented the Chamber’s diplomat committee, called The Cascade a significant accomplishment for Lloyd and the community as it combines residential living with commercial activity.

“If you haven’t had the opportunity or privilege to walk in any of these businesses, I encourage you all to do so,” he said. “They’re wonderful, wonderful places. I live downtown and I got to see this marvelous structure rise from just a parking lot to a beautiful facility. Congratulations. You are true visionaries.”

“The Cascade is absolutely beautiful and offers so many amenities to not only the residents here but the whole community of Sioux Falls,” she said. “And it’s fun to see your time, treasure and talent put to work for that.”

Learn more about The Cascade.

Previous Article
Have You Dreamed Of Downtown Living? Our Lofts Are Open!
Next Article
Lloyd Companies Sets Leasing Record With Huge Demand For Apartments