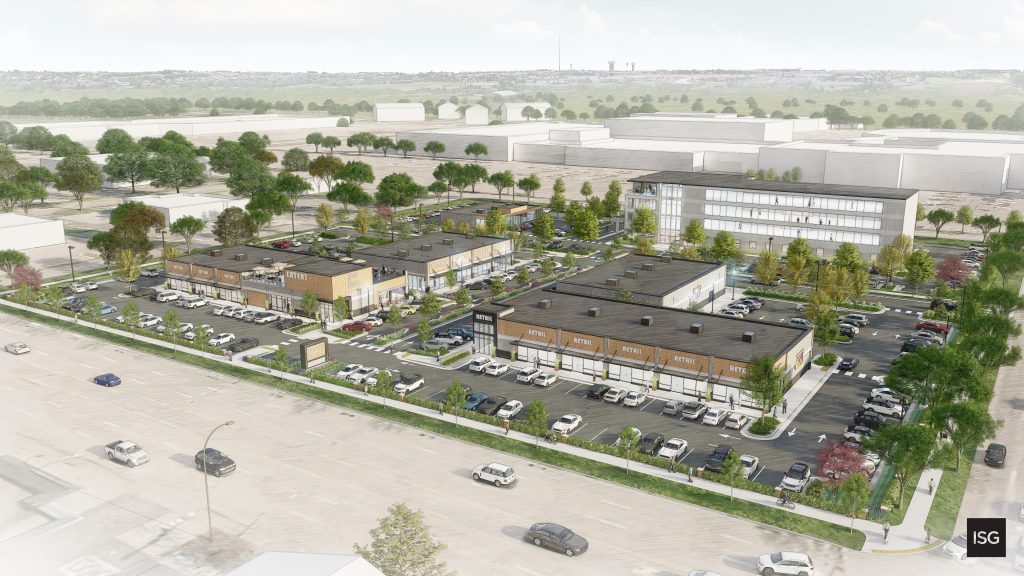 Development is expected to start this year at Empire Place, a modern retail center coming to the former Sioux Falls Ford property.

Located along West 41st Street adjacent to The Empire Mall, it offers a wide range of spaces and configurations for retailers, with traffic counts unparalleled in the Sioux Falls market.

Empire Place is a strategic joint venture between B&H Realty and Lloyd Companies.

“We view this as an incredible opportunity to redevelop a premier retail site in Sioux Falls. It offers the ideal space for many retailers and restaurants that have wanted to be in our market for a long time, and it provides a way for an existing business to secure a new or additional location that will bring even more visibility and traffic,” said Raquel Blount, vice president of commercial real estate for Lloyd Companies, who is marketing the property.

“It’s been years since we’ve been able to offer newly constructed space right on 41st Street and directly in front of The Empire Mall, and an opportunity like this is unlikely to surface again any time soon.”

Empire Place will build on the proven success and momentum of The Empire Mall campus, Blount said.

With national department store Dillard’s planning to open this summer, newcomers Roam Kitchen + Bar and Scandinavian Designs opening this winter, and nearly full occupancy within the mall itself, the property is a proven performer, she said.

“The fact that we have outstanding retailers like these coming to Sioux Falls is a tribute to our community and reflects what we’ve seen for years,” Blount said. “We have a dynamic market that grows steadily but doesn’t overbuild. And we still have demand.”

The concept plan for the former Sioux Falls Ford property is flexible, Blount said, and likely will adjust as tenants commit.

“It will either be all retail development, or it could potentially have some element of multifamily or hotel space,” Blount said. “Certainly, we intend to incorporate restaurants on site. We’ve already had interest there. And the entire site will be nicely landscaped and pedestrian-friendly with ample parking.”

The leasing process can begin immediately, she said.

“We fully intend to be developing the site by the fall of 2019, so we can start doing letters of intent and leases any time.”

The first businesses are expected to open at Empire Place in 2020.