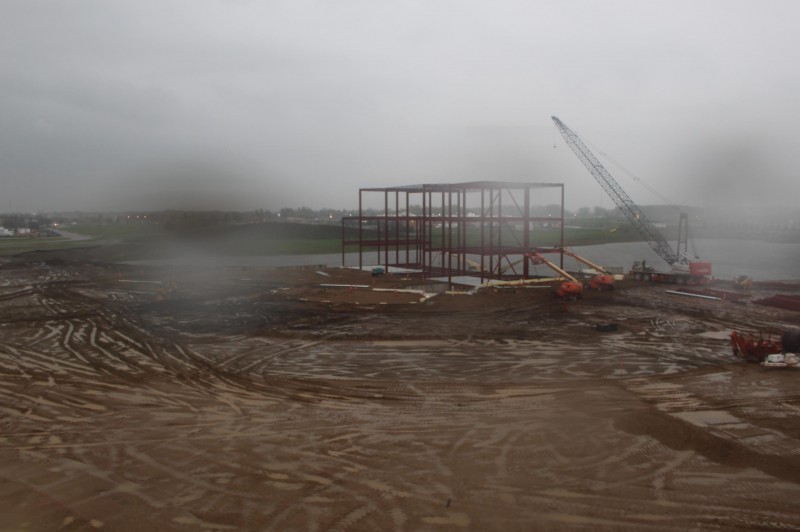 Construction of a new corporate campus unlike any in Sioux Falls is underway. Growing tech company Cars for Sale is planning to move its business and nearly 200 employees from its current space on Carolyn Avenue to its new home at the development known as Lake Lorraine, which is located south of 26th Street between Marion Road and Interstate 29. Lloyd Companies was selected to develop and construct the 107,000 square foot facility and launched the project with a groundbreaking late last fall. As recent as this week, the building began to take shape as structural steel beams were erected and an outline of the local success story’s new command post became visible to those passing by. Check out the video below to see our progress to date.

Cars for Sale lists 2 million vehicles for sale nationwide and hopes to add to their already energetic corporate culture. Employees enjoy pool, foosball, and a money booth at their current space, but their new headquarters will embody the look and feel of what a tech company might build in Silicon Valley. Along with pool and foosball tables, plans for the new building include golf simulators and a slide from the upper to the lower level of the lobby. Stay tuned for further updates on this project.

Next Article
Crave Opening At The Hilton Garden Inn Downtown