Planning For The Future Proves Priceless For Family Company

It started with a question to the team: What would you be nervous about if the CEO/owner was no longer around?

“The list they came up with was quite long,” said Lloyd, who co-founded Sioux Falls development, construction and property management firm Lloyd Companies with Pat, his wife, 50 years ago in 1972.

“We had talked and talked about succession planning. We were always going to do it ‘next week’ and of course ‘next week’ never comes.”

But 15 years ago, the conversation started to be formalized. The Lloyd family went on a Prairie Family Business Association retreat at the Paul Nelson Farm, where Craig’s daughter, Christie Ernst, presented him with their team’s list of concerns.

“I still have the document – it was a spreadsheet — and they were saying things Craig did as an owner, or as a board member, or as a manager, and that’s how we determined what we needed to solve for,” she said. “Do we need to hire, do we need to take it on as an ownership group, or is it something our board should be doing?”

At the time, a board still needed to be created. That happened a decade ago and was key to “holding us accountable and keeping our conversations at the right level,” Ernst said. “And they’ve always pushed for succession planning – not just for Craig but for all our key leaders. That accountability has been really good for us.”

It’s also proving poignantly effective in this moment, as Craig earlier this year was diagnosed with a progressive lung condition.

“Selfishly I want to be here as long as I can to help it along and make decisions,” he said. “There’s a way to have a semi-normal life with what I’m dealing with, but I’m still 75 no matter what.”

The Lloyd family will share their experience executing a succession plan at an upcoming webinar Dec. 14 at 10 a.m. organized by the Prairie Family Business Association. This free program is open to anyone and can be seen in person at Avera Hall, 4801 N. Career Ave., or online. Click here to register.

“The Lloyd family has served an example to other family businesses in the decades, they’ve been involved with Prairie Family Business Association and we’re grateful they’re willing to open up about their experience in succession planning at such an important time for them personally and professionally,” said Stephanie Larscheid, Executive Director.

“We know other family businesses will benefit from hearing what they have to share.”

For the Lloyds, establishing and utilizing a family office has been a key development for the family business, designed to be especially helpful for future generations. 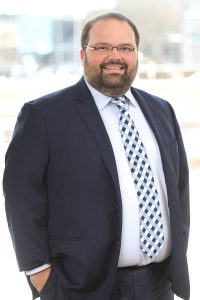 Non-family member Mitch Morrison became President of the Family Office in late 2020, reporting to a family council made up of Chris Thorkelson, Craig and Pat’s nephew, who became CEO in early 2016, and two family representatives.

“Primarily I work closely with Pat and Craig to facilitate an update to their estate plans, advising Pat and Craig on certain aspects of the business, participating in investment and asset management meetings, negotiating transactions on behalf of the Lloyd Family Holding Companies, and assisting in sharing information with the family,” Morrison said.

Morrison works closely both with the company’s board of directors and its committees and the company leadership team. He spent three years supporting Lloyd Companies as an attorney so he’s “been in the trenches with the team and created a great rapport with key leaders,” he said. “We have a great working relationship and have open lines of communication at all times regarding the business. It helps me to be plugged in to the happenings of the business, which in turn allows me to communicate effectively with the family regarding the company. And if there are questions from the family that I can’t answer, then I know who to talk to and where to get information.”

Morrison and the family office also help serve as a conduit for the entire Lloyd family.

“So if I, or any family owner, has a request for something, it goes to the family council and the council vets it and it goes to Mitch with a yay or nay,” Lloyd said. “Additionally, it serves as an intermediary for family members who either aren’t active in the business or who are active but it provides a process for decision-making.” 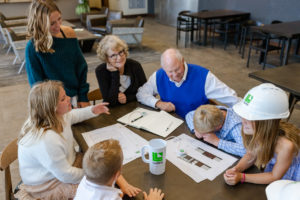 The broader benefit likely will be for the third generation and beyond, he added.

“Not everybody is going to be as attuned to what we do, so this is a bridge,” he said.

For a long time, “I would hear about family offices and didn’t see a need,” Ernst added. “But what I realized is between the family and the business, people are going somewhere to get decisions made and it’s not always clear what the right process is. Especially if we didn’t have Craig there, where do the questions ultimately go? And now the answer is it goes to the family office and Mitch can make sure it’s circulated the right way and things get tied together.”

A family office “can be what you want it to be and the vision the Lloyd family had was that while I would participate in many aspects of the business — such as asset management, investment committee, and day-to-day operations,” Morrison said. “My role is to be a conduit for information for the family and to be a representative for the family.” 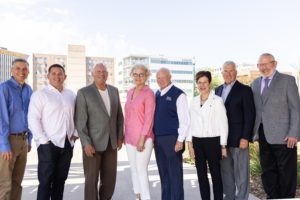 In addition, Lloyd Companies uses a seven-person board that meets three times a year, with committees meeting more often. Craig Lloyd became board chair when he was succeeded by Thorkelson. Pat serves on the board as well and plans to transition off in 2023.

“The board started off as a sounding board for us, but over time we realized how much value they provide to the business and to the family. The board became a fiduciary board several years ago and we’ve noticed a huge difference in our business. The board pushes the team to be the best they can be but they also push our family to be the best we can be. The result has been a much more sophisticated management team set up for success and a board that has garnered a great deal of trust and confidence from our family,” Lloyd said.

The numbers back him up. Prior to focusing on succession planning, Lloyd Companies was at about 60 team members, it’s now grown to almost 350 team members. Its apartment portfolio has surged from 2,000 to 8,000 units with plans to be at 10,000 units soon based on Lloyd’s current multifamily pipeline. 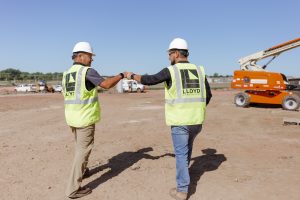 The entire process of succession planning “is what has helped us grow to where we are,” Ernst said. “I feel like we were holding ourselves back by not having this conversation about succession. growing our team and building things out. It’s scary to do, and it’s an investment, but the more engaged team members you have in play the more they wanted to build things. If left us thinking, ‘How did we not do this earlier?’”

It’s also left the family in a position where they can focus on Lloyd’s health and the family’s happiness instead of stressing about the business and its future.

“Sometimes families come to us when they do have a health emergency and want to talk about how we’ve handled succession planning, and I can’t imagine how stressful it would be to be starting then,” Ernst said. “We’ve not done it perfectly, but we’ve had enough conversations and put enough plans in place that we could deal with it when my dad got his diagnosis. We knew he was not invincible and that something would happen at some point, but now we can say, ‘Mom, help take care of Dad’s health and we’ll take care of the business,’ and enjoy the time we have together.”

For Lloyd, the process of succession planning isn’t over. 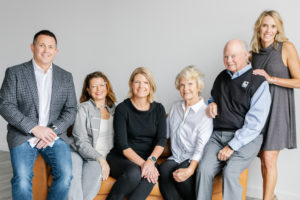 “I want to improve,” he said. “I want to get better and find out what we’ve missed. When are we going to know it’s good? Well, it’s kind of like insurance. You’ll know when you need it.”

In the meantime, he’s already gotten an early look. After his diagnosis, the family and company leadership met with key contacts – their employees, investors and lenders.

“That was a pretty good-sized list,” Lloyd said. “And every one of them said, ‘You set your business up for success. You aligned yourself with people that believe in your culture and your vision. We’re super confident with your management staff.’ You can’t have a better compliment than that. But that made me realize, OK, we did good.”

To register for the Lloyd family Dec. 14 webinar, click here.

Previous Article
As Lloyd’s Golden Anniversary Draws To A Close, We Reflect On The Top 10 Ways We Celebrated
Next Article
$1,972 x 28 = Priceless Impact On Communities