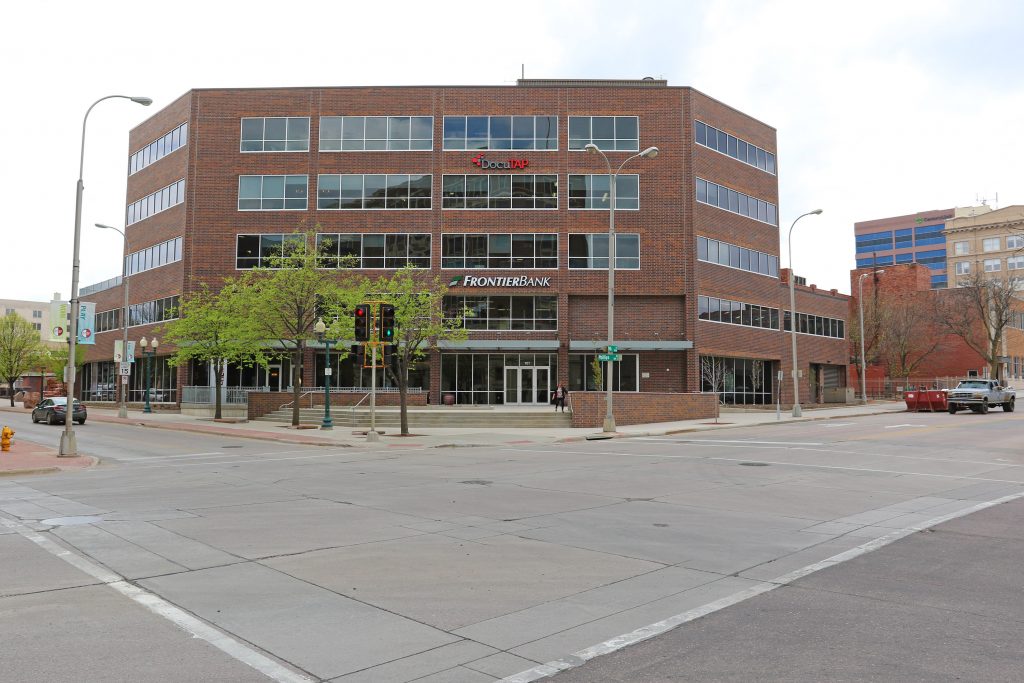 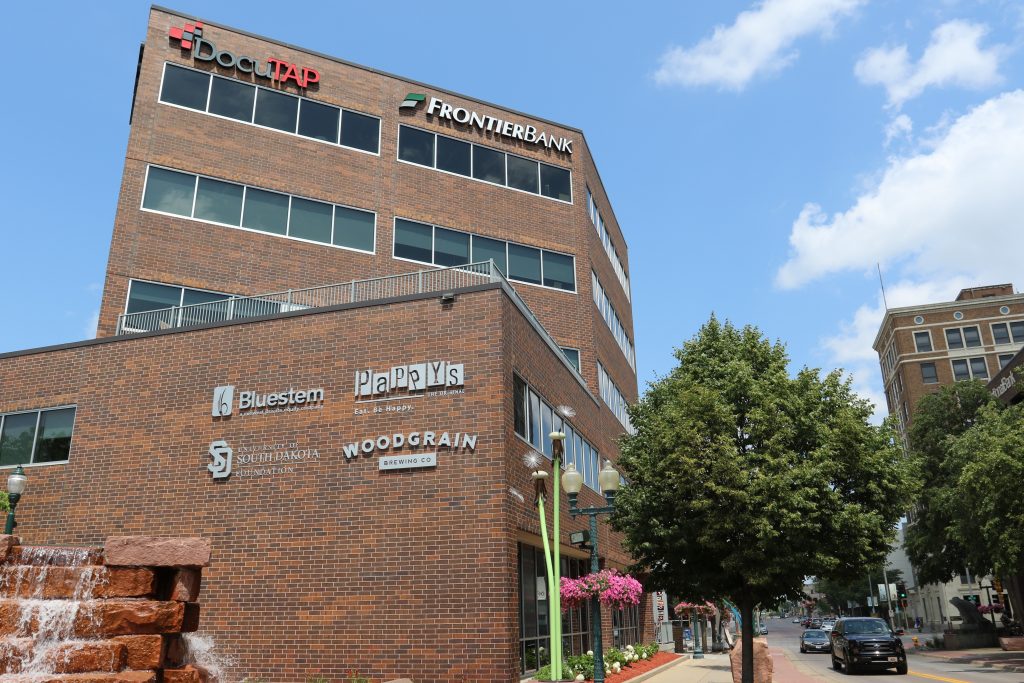 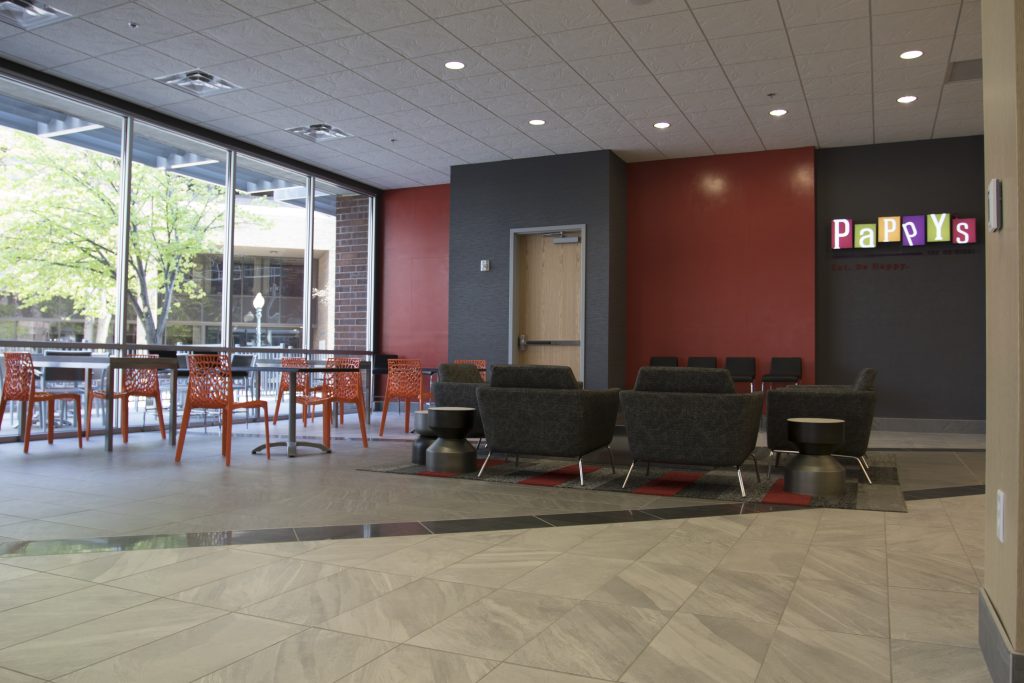 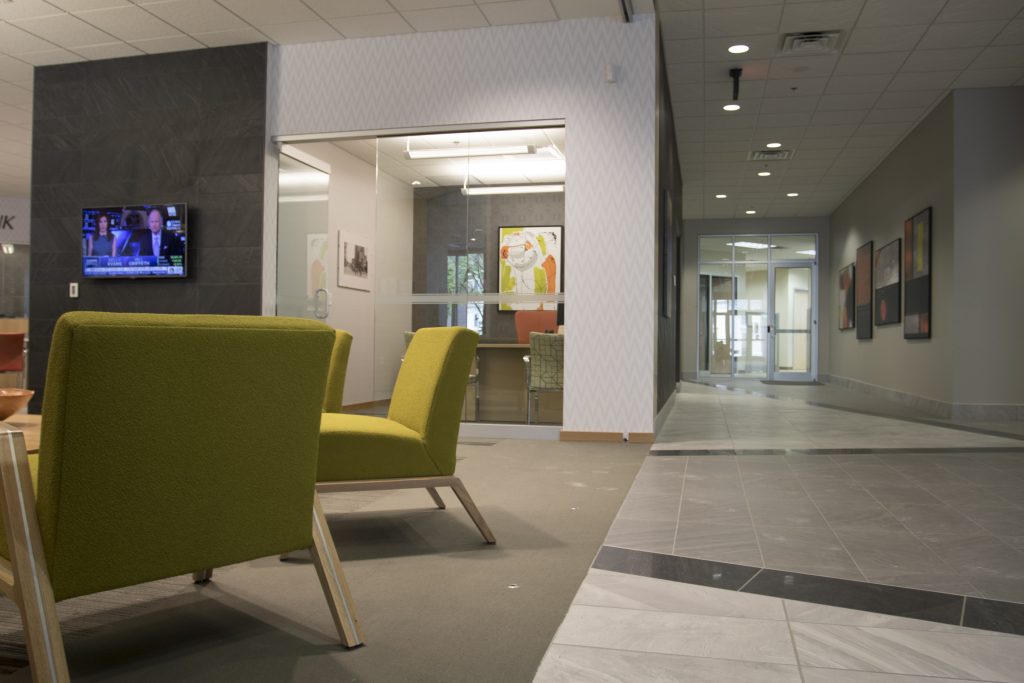 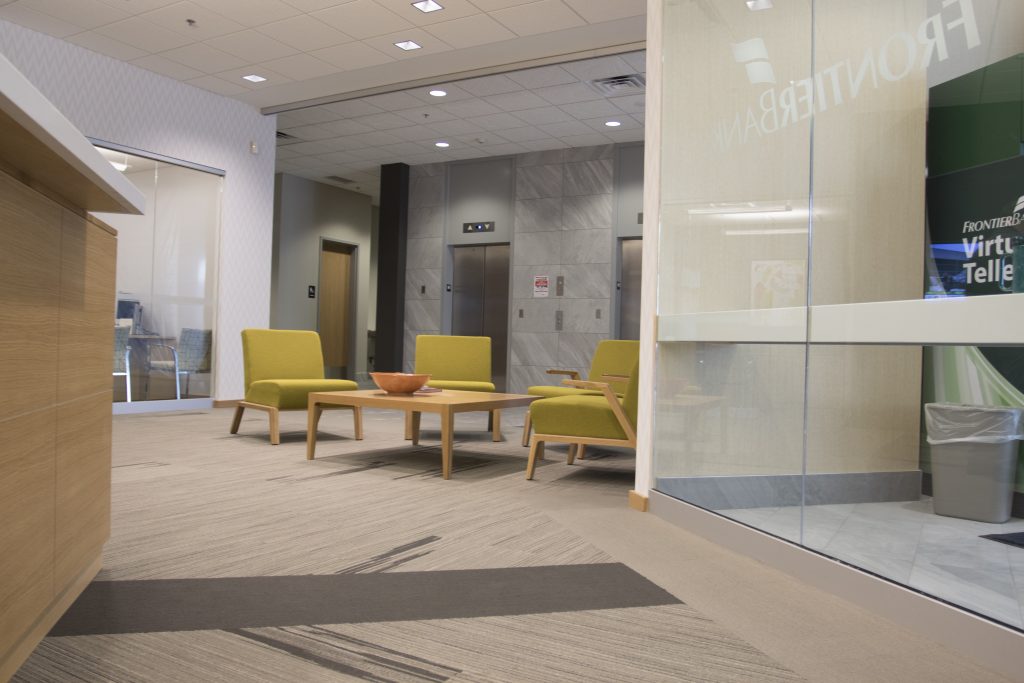 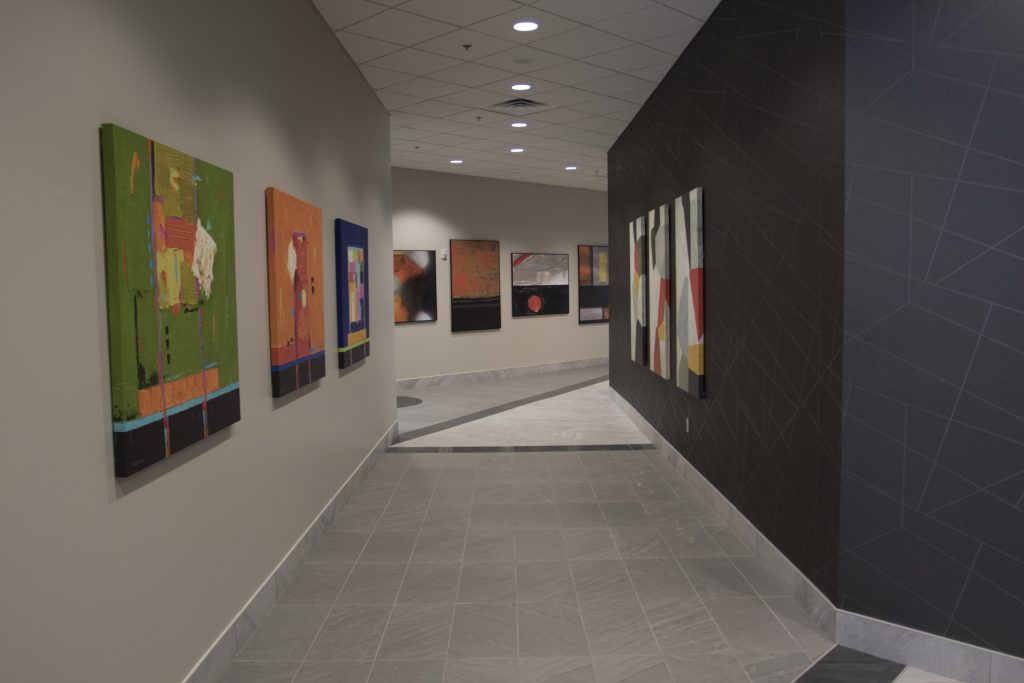 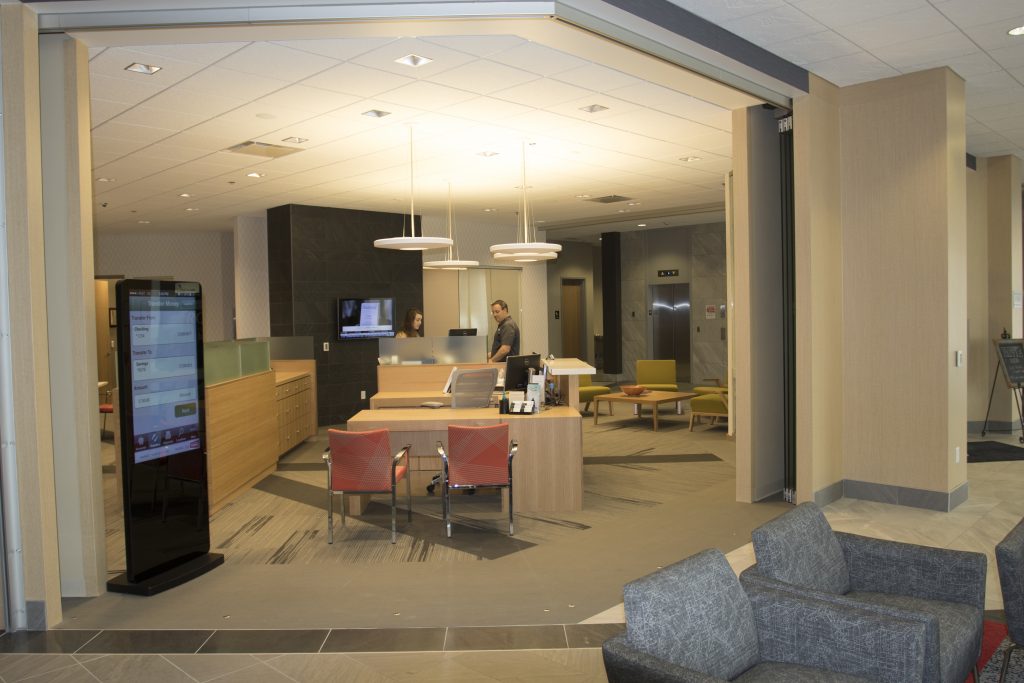 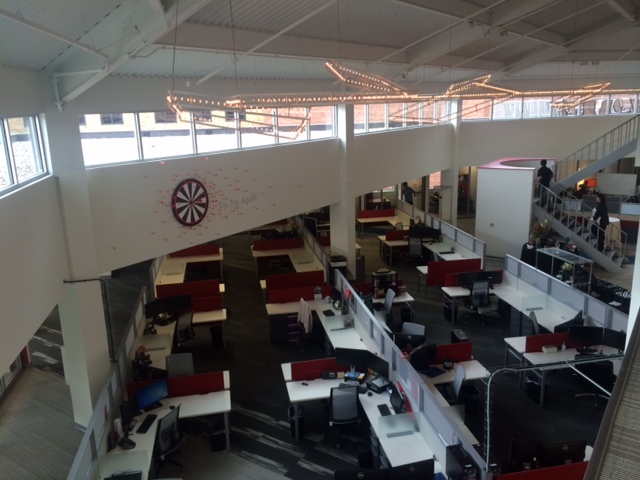 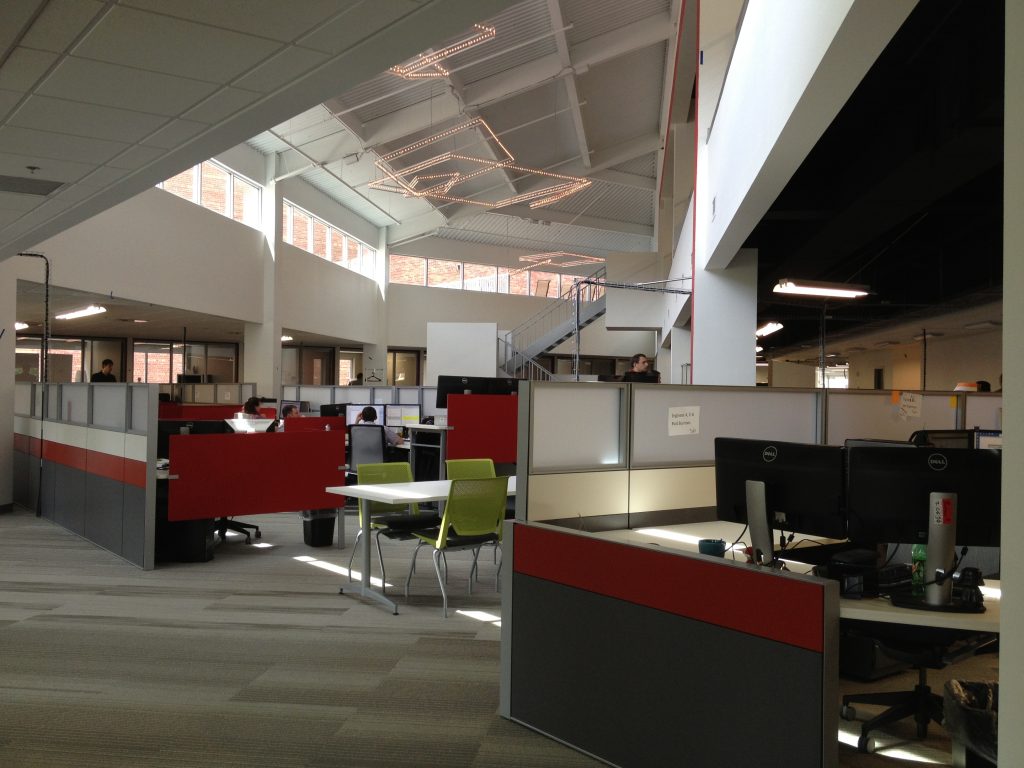 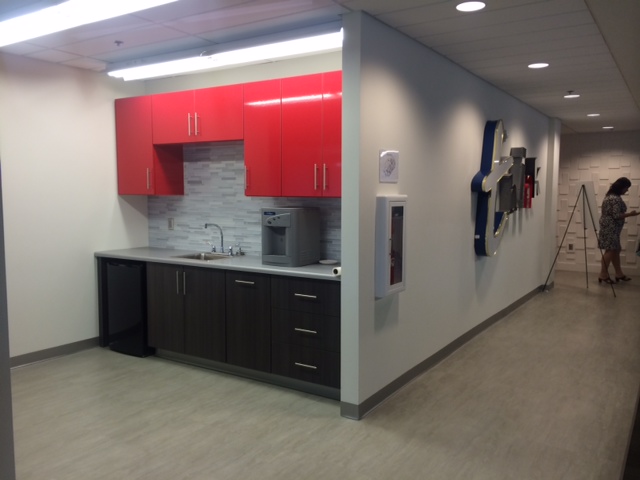 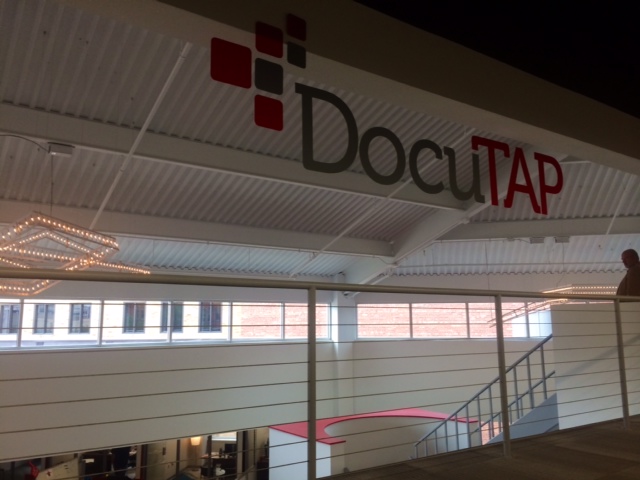 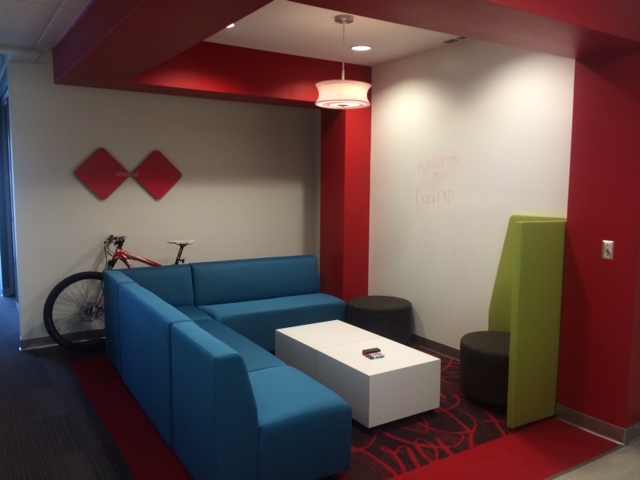 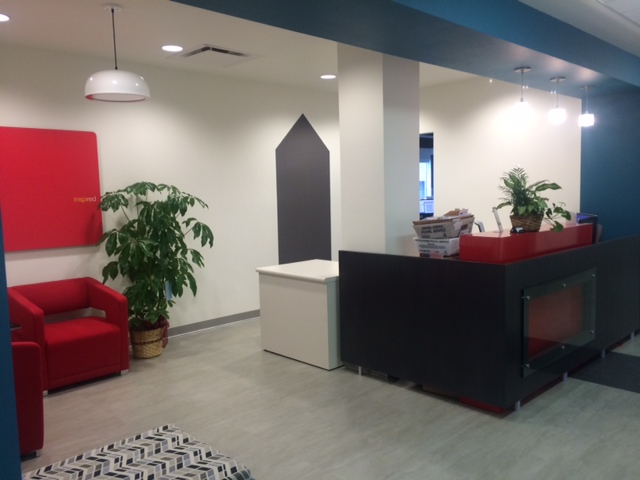 The location couldn’t have been much better. Beyond that, though, the downtown building that had been home to Western Surety needed a lot of work.

But Lloyd Companies had a vision for the five-story landmark space at 9th Street and Phillips Avenue. And Eric McDonald shared it.

“They pitched to me that they would buy the building and how they’d renovate it, and the only way they could get it done was with an anchor tenant, so we committed,” said McDonald, the founder of DocuTAP, a fast-growing tech company in the urgent and emergent care industry.

“We gutted everything down to bare studs on the exterior wall,” Lloyd Construction project manager Cory Garbers said. “And working downtown is a different world.”

Lloyd worked with the city and adjacent businesses to rent nearby parking. Because there wasn’t room to place dumpsters and work on the exterior of the building, landscaping couldn’t start until the very end.

The biggest – literal – challenge was a safe on the first floor belonging to a former bank that had to be removed.

“It was 16-inch thick walls,” Garbers said. “We had to bring in a skid loader and jackhammer it out of there.”

The first floor was built out for a bank and coffee shop.

On the upper floors, “we went through and replaced every single window in the building. We took out and replaced a skylight on the second floor and did a very modern buildout. Open ceilings, everything is exposed, all the conduit and duct work.”

For the DocuTap buildout, Lloyd gave the company a blank canvas, McDonald said. “They were really good with us. Our teams worked very closely together and the whole thing went really well. I don’t think there’s anything I was disappointed or frustrated with.”

The Lloyd Construction team was open to input, he said. “We asked them about turning a gravel roof into a patio and they liked it. They were supportive of how we pushed them in certain ways.”

The entire building also was placed on a generator, which McDonald said was key for his business. The project was done on time and on budget.

“I always felt like Lloyd was a true partner,” McDonald said. “Even beyond the buildout, we got a little creative in how we structured our agreement and they really tried to listen to our needs and craft a solution that met our needs but didn’t compromise theirs. It almost felt abnormal in the sense that it really felt they were trying to bend over backwards to make it work. That really made it feel like a partnership.”