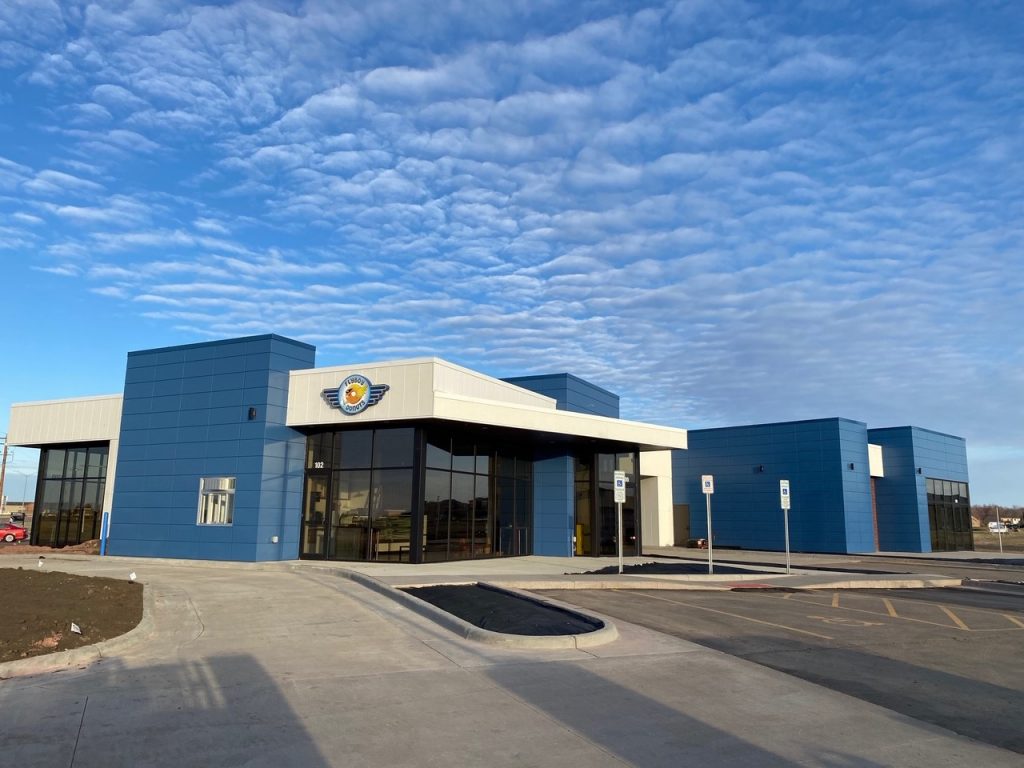 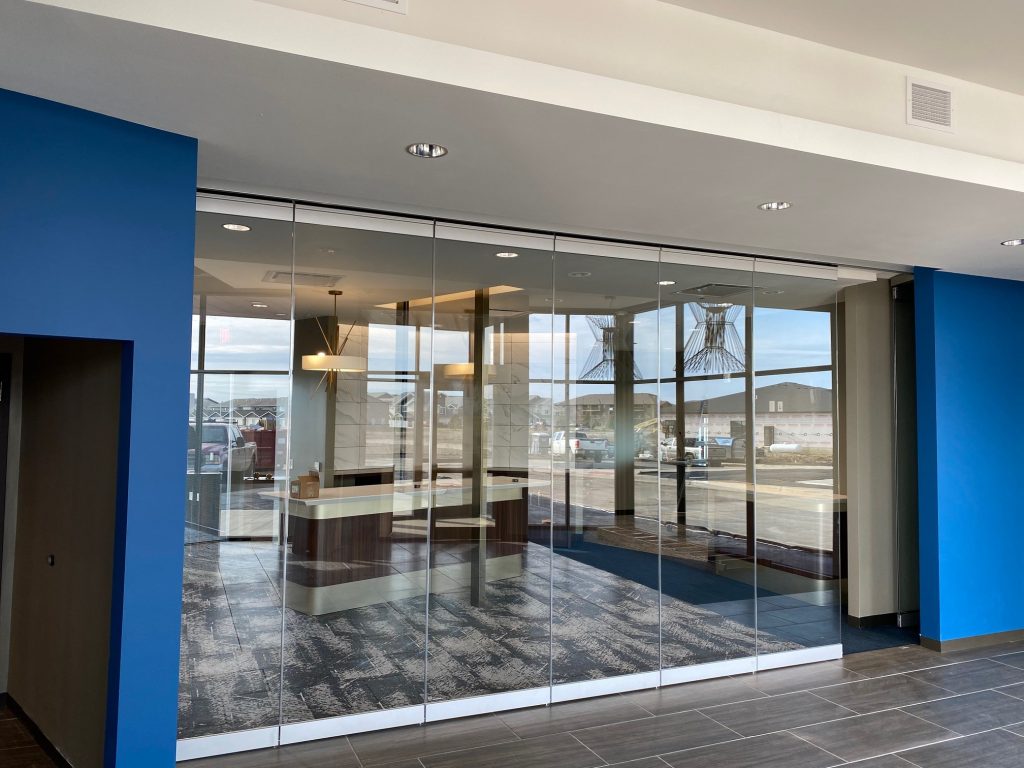 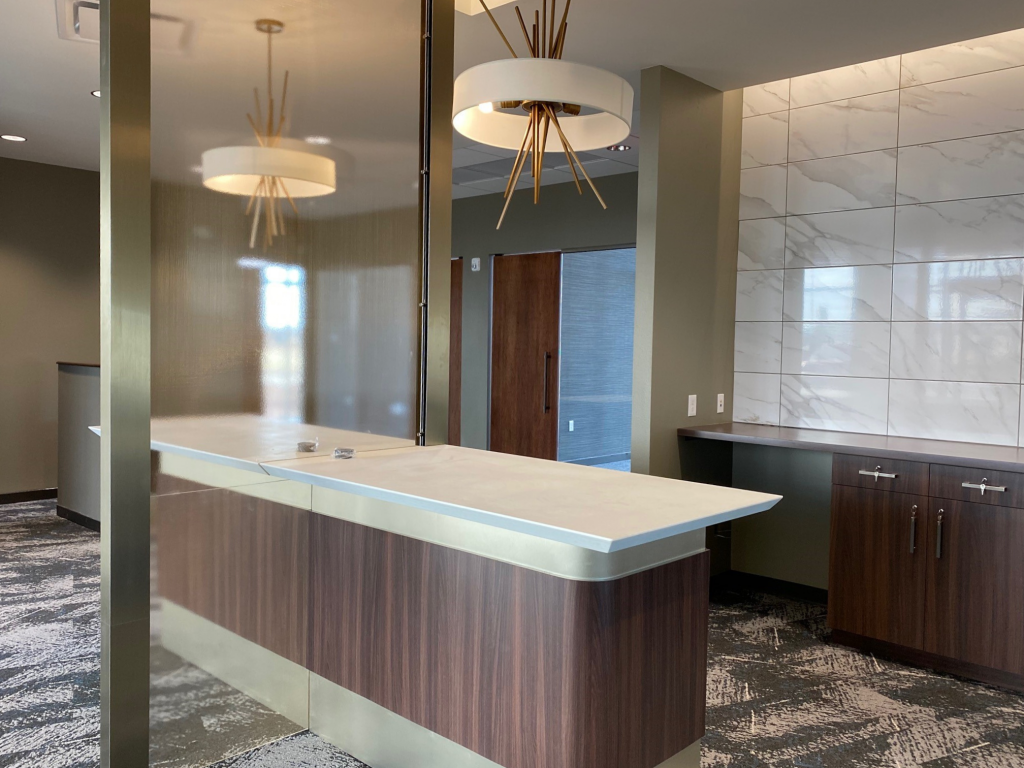 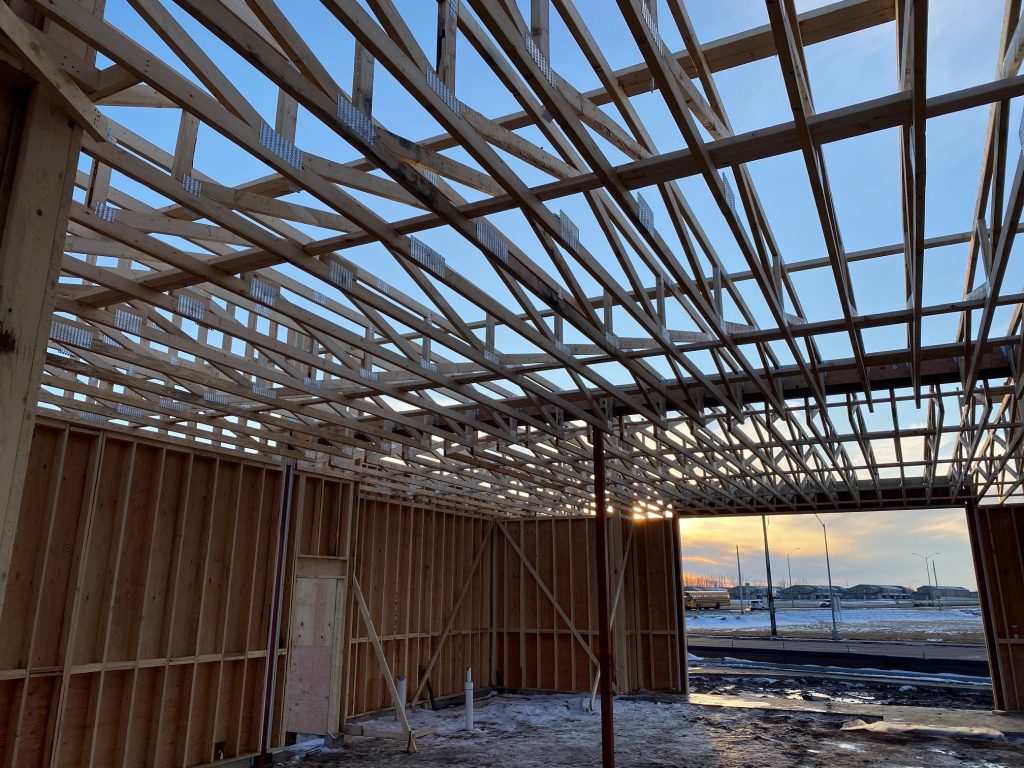 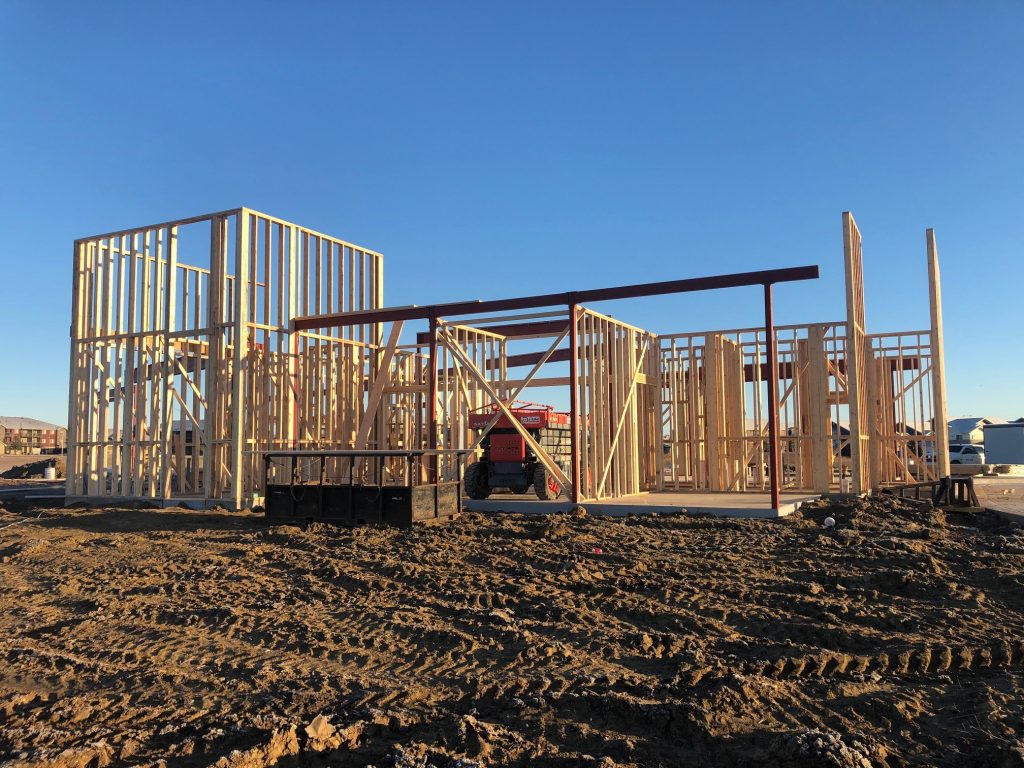 When Plains Commerce Bank chose a general contractor for its newest location in southeast Sioux Falls, it took some deliberation.

“We interviewed three companies that were good friends to the bank and to me personally, so it was a difficult decision,” Executive Vice President and Branch Manager Jason Appel said.

“But at the end of the day, we chose Lloyd Companies. We needed to make sure the design of the space fit our retail concept and that we made a decision that was most appealing to the market. They had a short lead time and believed they could get it done, and they were able to deliver on it.”

“The site itself was unique in that it was a low area that collected a lot of water,” Lloyd Construction Superintendent Austin Smit said. “We had to do some soil correction and brought in a bunch of dirt to infill the whole site, which was a little different approach.”

That will help support the entire development, Appeal added.

“They brought the site up significantly, which will help drainage for everyone,” he said. “And it gave us a really nice stance and appeal on the corner. Once we figured out where that needed to be set, it just gave us a new presence.”

Construction began in August 2019, and while a tornado blew away insulation about a month later, “we didn’t have any material issues and it stayed essentially on schedule throughout,” Smit said. “We turned it over on March 7 on schedule and they were able to move into the space in June. We were on budget the whole time.”

Lloyd gave the bank a good idea of what to expect throughout the process, Appel said.

“They did a nice job setting benchmarks and letting me know what I should expect to see, because I’m not a construction expert by any means,” he said. “They were really good about talking through risks that could come up and contingency plans in case the weather didn’t cooperate. The communication was really good.”

The two met on site regularly, he added.

“Any issues were put on our radar early, and the problems always came with a few solutions for us to weigh,” Appel said. “Just in general, communication throughout from the project lead to the corporate level was excellent from start to finish.”

The finished product is a modern, family-friendly building where customers are invited to share doughnuts in the lobby while interacting with the bank.

“One really cool feature is a frameless glass wall that slides on a track and locks, this separates the bank from the lobby,” Smit said. “So, you can lock up the bank and still keep Flyboy and the common space open. The whole project turned out really well.”

“Lloyd helped us address a lot on the front end and ultimately did a really nice job,” he said. “I’m really happy with what they’ve done.”