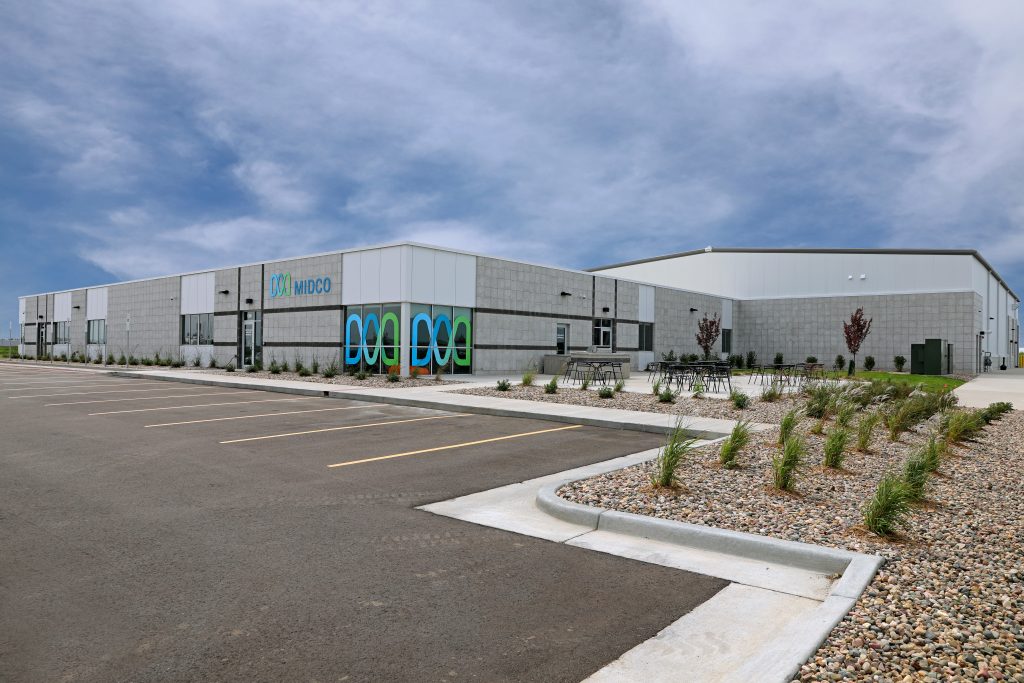 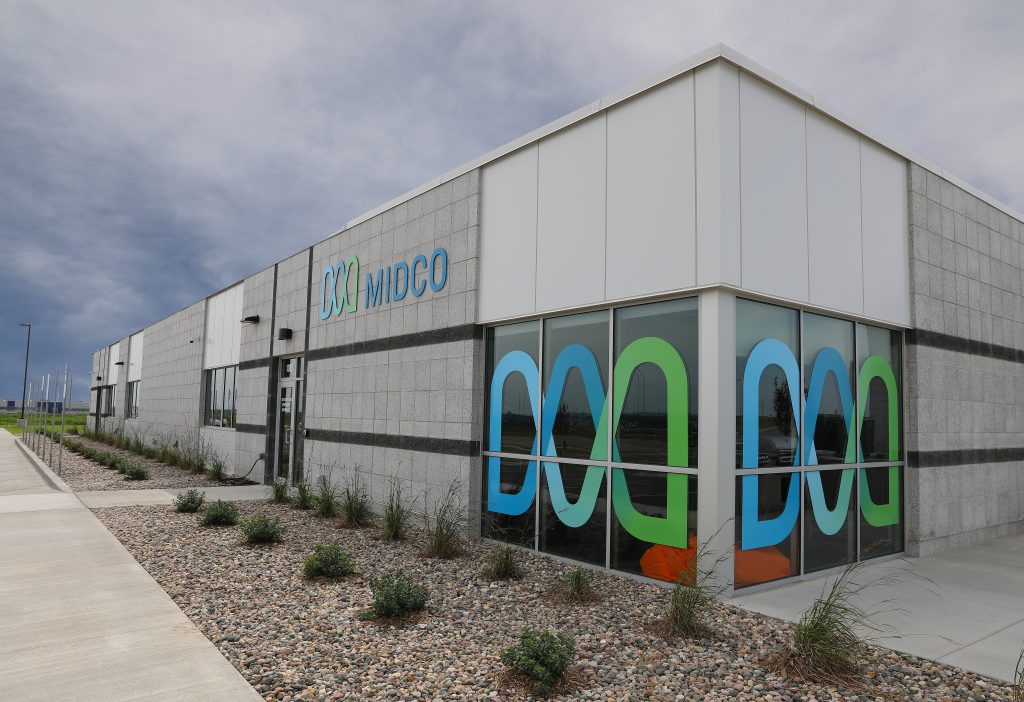 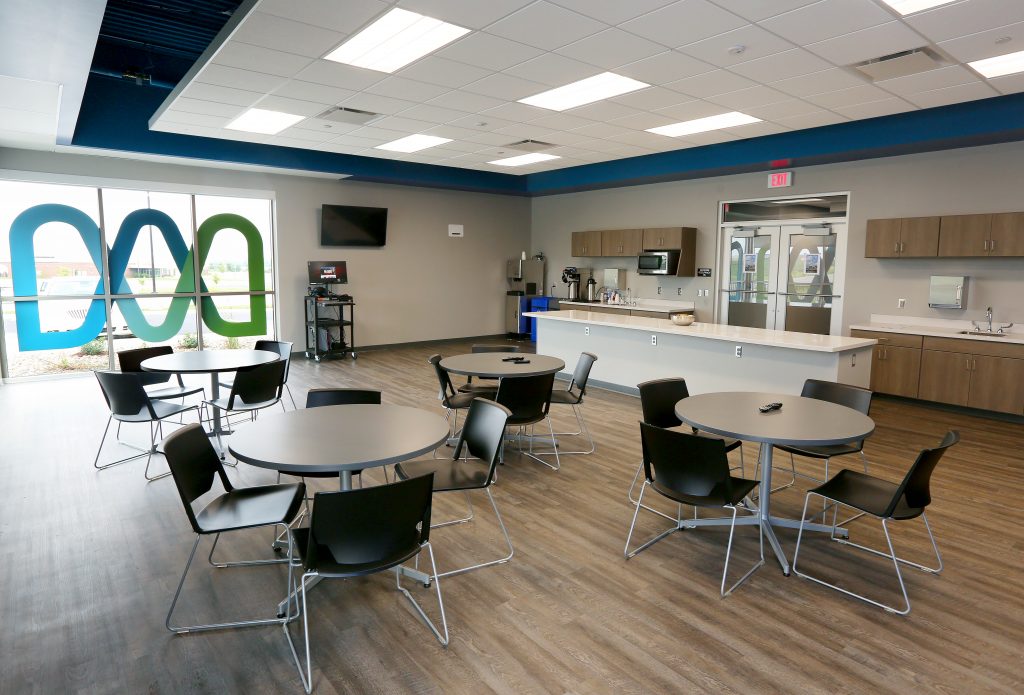 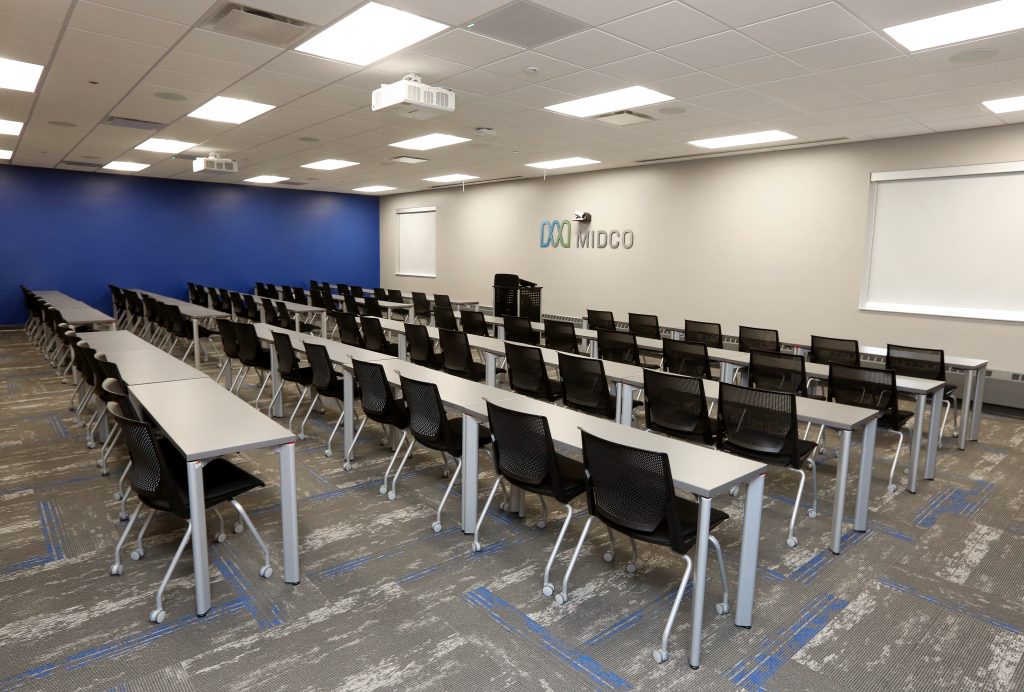 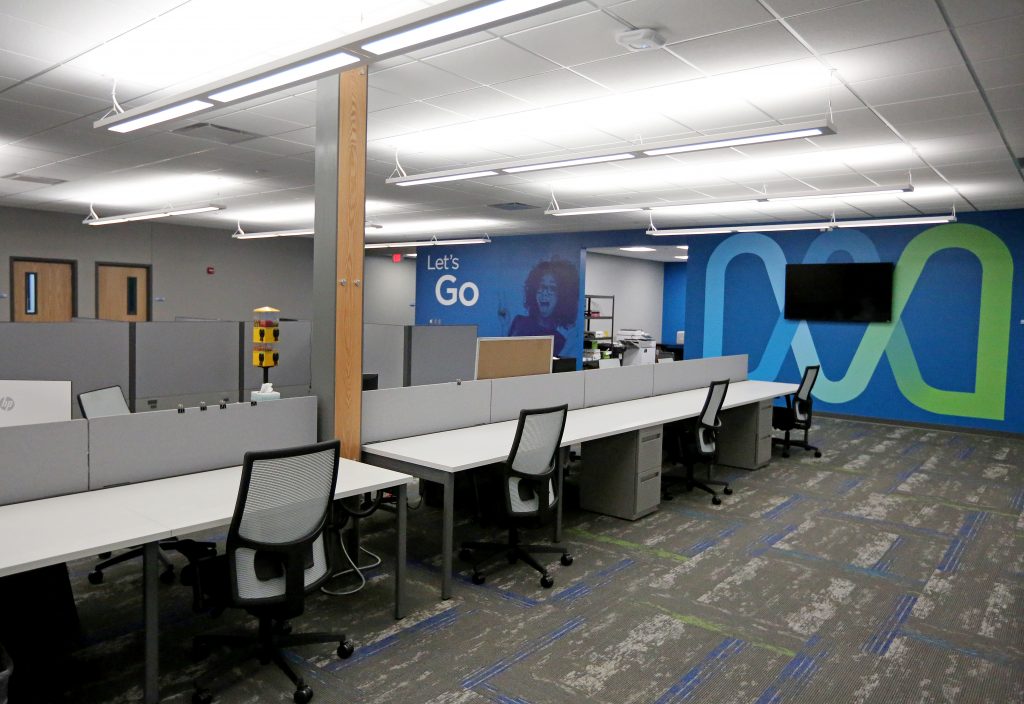 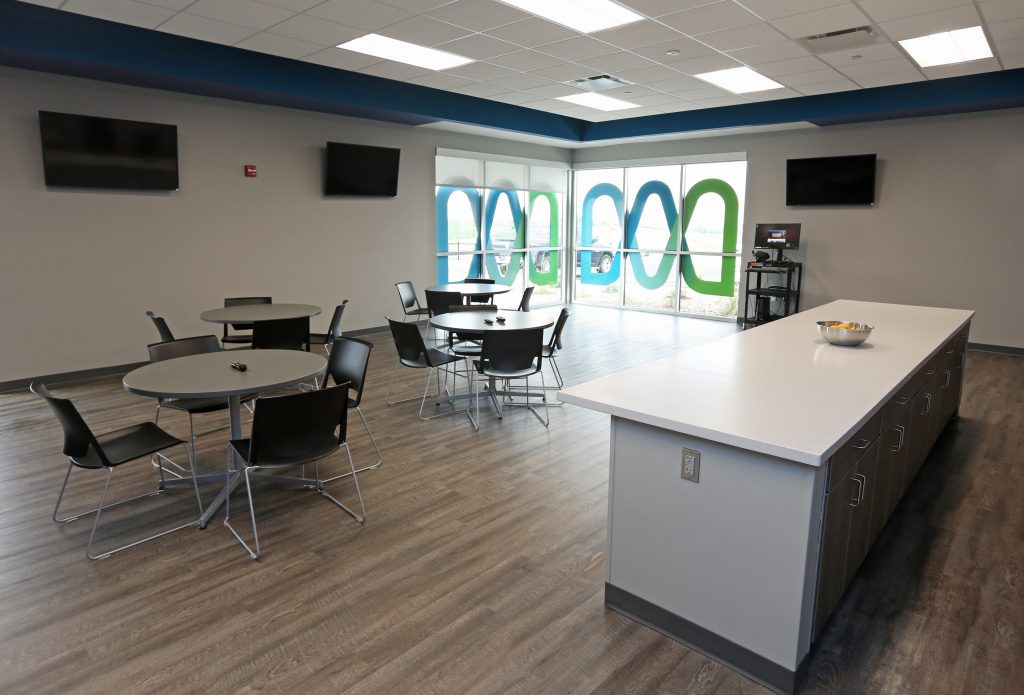 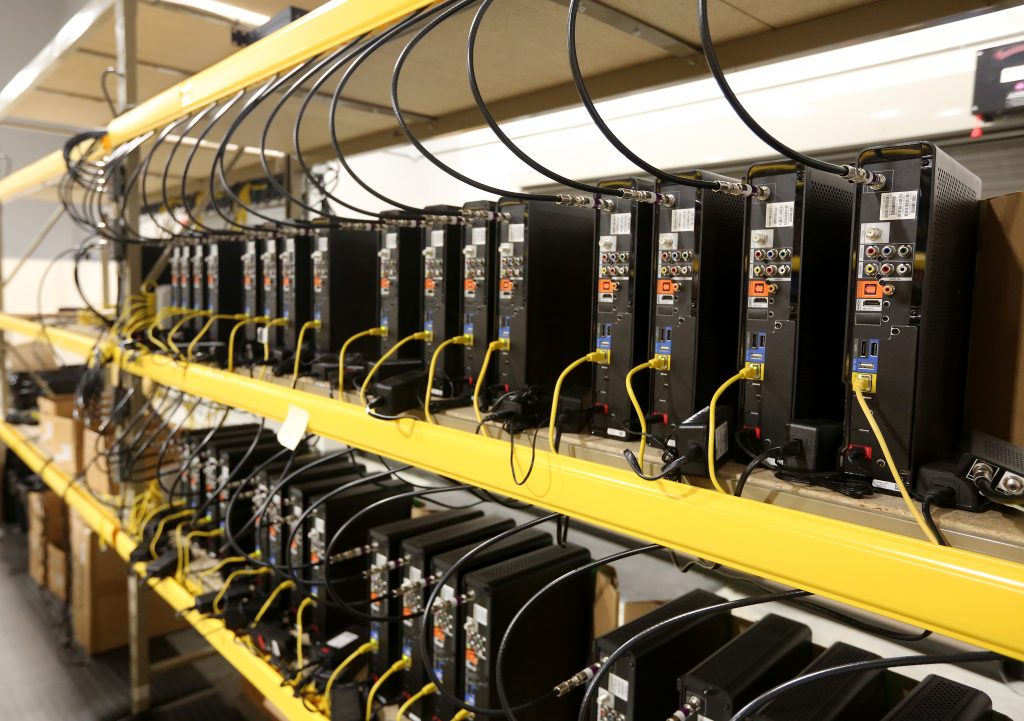 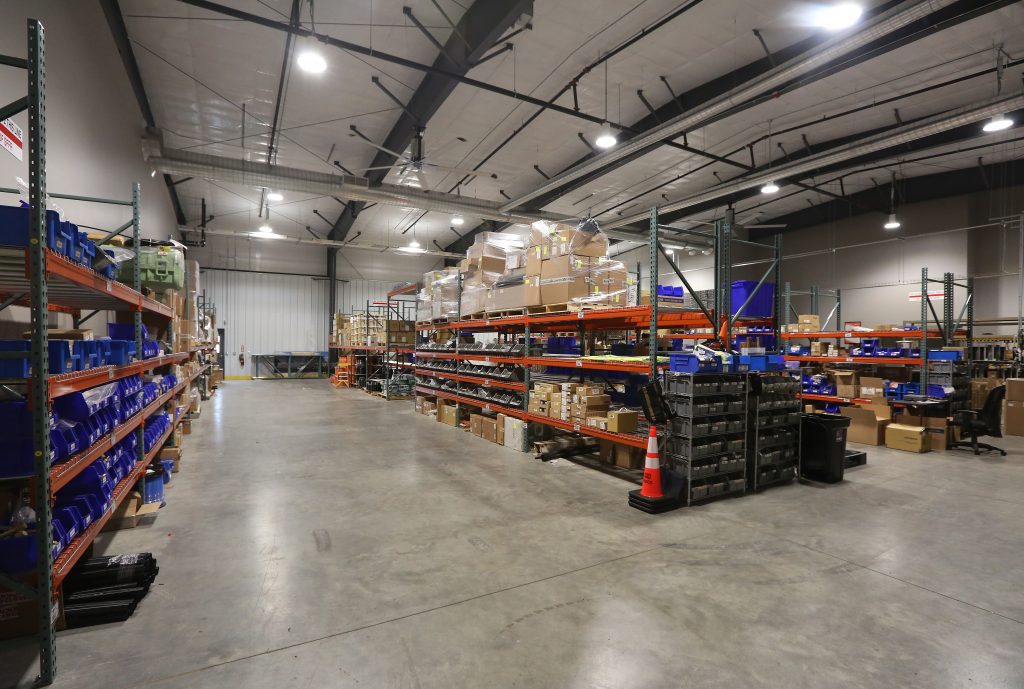 When Midco needed a team to deliver its new Technical Operations, or Tech Ops, office and warehouse on time and on budget, it turned to Lloyd Construction.

As the lease on its current space was months from expiring, Midco selected Lloyd through an RFP process to build its new $6.5 million, 30,000-square-foot facility in northwest Sioux Falls.

It’s home to Midco’s Sioux Falls-area operations team, which is largely field staff technicians who use the building to support their installation and service calls. It also includes inventory space and houses the production trailers for MidcoSN, the company’s sports network.

“It’s a very critical piece of our operation,” said Richard Mell, Midco’s facilities manager. “We were out of space and needed to do it to move forward with our company.”

Midco and Lloyd have a long history, which Mell says gave him confidence the work would again be done on time and on budget.

“So we have about 12 years of experience working with Lloyd,” Mell said. “It’s a long relationship and a good one.”

The Tech Ops building started construction in October 2017, and Midco’s lease in the building it was replacing expired in late July 2018.

“It was a fast build, especially during the winter,” Mell said.

And it turned out to be not just any winter. Lloyd Construction encountered below-average temperatures and plenty of snowfall. Serving as construction manager at risk, the team started tackling it.

“When we responded to Midco’s RFP, we shared our open book policy with them. We’re open with all our clients throughout every step of the project. There’s nothing to hide,” project manager Justin Pittman said. “And we communicated our ability to do a quick turnaround and meet deadlines.”

The building is split between a convention steel frame office with a masonry exterior and metal panels as accents and a pre-engineered metal warehouse with treatments similar to the office space to tie the building together.

It includes a climate-controlled “drive-through,” allowing for easy trailer and vehicle transporting, a high-efficiency HVAC system and a water retention area to protect against flooding.

“It was built with collaboration in mind,” Mell said. “There’s a U around the work area, providing a great way for everyone to stay connected. The U includes all the offices and conference rooms and was purposefully built to encourage teamwork and ideation.”

While the weather wasn’t favorable, careful planning and intentional communication kept the project on track.

“We had regular weekly scheduled update meetings with the owner and architect as our main communication, although we also we communicated frequently through emails, phone calls and texts,” Pittman said.

Midco appreciated how proactive Lloyd was with recommendations and solutions when obstacles arose, Mell said.

“They were knowledgeable with solutions, they were responsive to our needs and communicated well through the entire construction process,” he said. “We know Lloyd Companies will be there to assist us should any building-related issues occur.”

“It was a smooth process and we’re happy with how it came together,” Pittman said.

So is Midco, which already has recognized increased teamwork and collaboration among those using the building.

“Everyone is excited about it,” Mell said. “It’s just a good thing for Midco and for the community. It’s a state-of-the-art building, a very functional and well-built building. We have a lot to be proud of.”