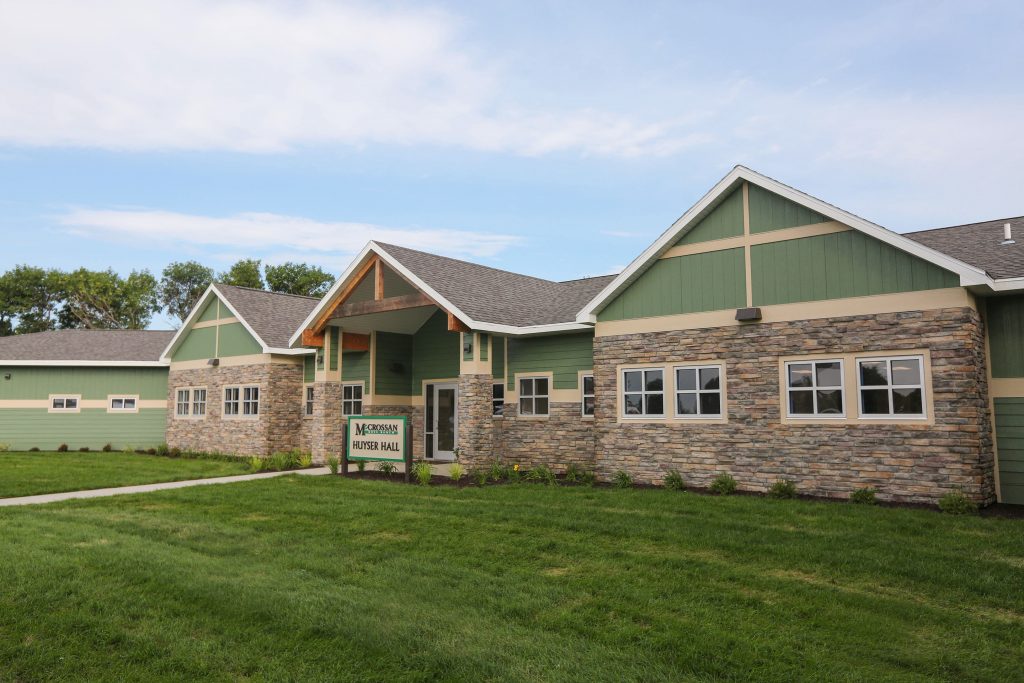 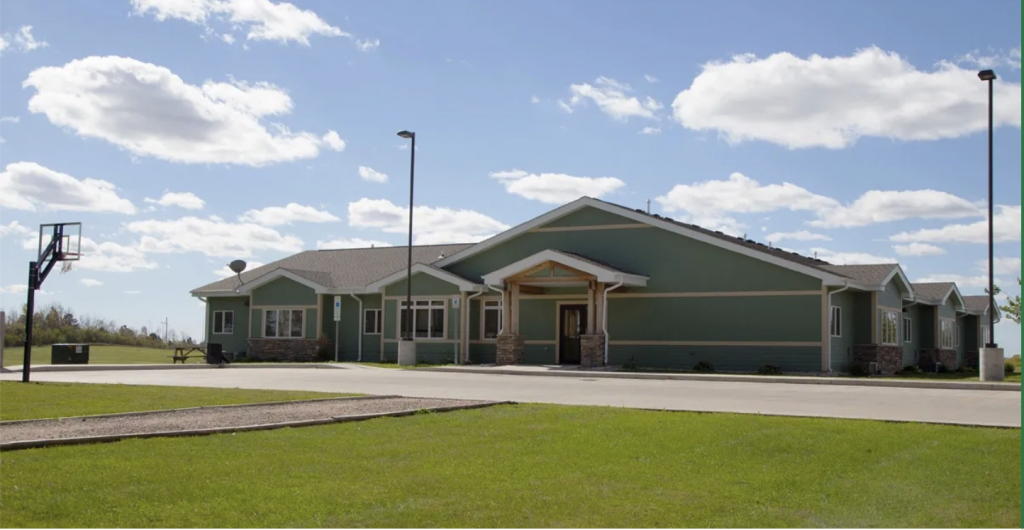 The boys who live at McCrossan Boys Ranch come because they’ve faced a lot of challenges at home, school and in the community. So, building a home for them required a special level of care – one Lloyd Companies was honored to deliver.

Beginning in the fall of 2017 through the summer of 2018, Lloyd Construction worked on a 32-bed residential building on the northwest Sioux Falls campus that replaced a 50-year-old facility.

“We were in serious need of upgrading to a more modern-style facility for our clientele,” Executive Director Brian Roegiers said. “It’s the first time in the history of McCrossan that we’ve had single bedrooms.”

Because many of the boys are at risk for suicide, “closets have built-in shelving with a notch to hang clothes on instead of a clothes rod,” he said. “The drywall has fibers in it. A kid will not punch through it. He won’t even dent it. All the glass is polycarbonate. You can hit it with a hammer and it’s not breakable. Beds are hand-framed so they can’t be pulled out of the wall and damaged. There are a lot of things here we’ve never dealt with which are unique.”

The soil and prior land use also complicated the project, he said. Soil had to sit 30 days to compact correctly, and crews often ran into old, abandoned underground utility lines from when the area had been used as a U.S. Army barrack.

“Those caused some brief delays,” Hoffman said. “And throughout the project we also made adjustments through our conversations to suit them better and make the building safer.”

Most importantly, though, Lloyd kept the McCrossan team frequently updated. “We sent a weekly update, as we do on all our projects, with pictures and updates,” Hoffman said. “And every two weeks we met to make sure the owner knew where we were at, where we were going and what to expect as far as our people on the property. It’s secure, and they need to know who’s there and who’s not.”

“The communication was second to none of any contractor I’ve worked with building projects,” Roegiers said. “There were always goals set for when the next piece of the project would be done, and they were very, very respectful and kept the site secure. It’s right where the kids are and they did an excellent job with that. I also watched the relationship they have with their subcontractors, and you can just tell there’s a good rapport.”

Hoffman talks to the facility’s head maintenance staff multiple times daily and said the Lloyd crew developed positive relationships with many at McCrossan.

Roegiers agrees. “We just really enjoyed the rapport we had with them. We had fun. We joked. We developed a good relationship. We’ve got more work coming and I’m sure they will have another opportunity to bid. We would gladly work with them again if we had the opportunity. I can’t think of a bad thing to say. It was just a really good experience.”