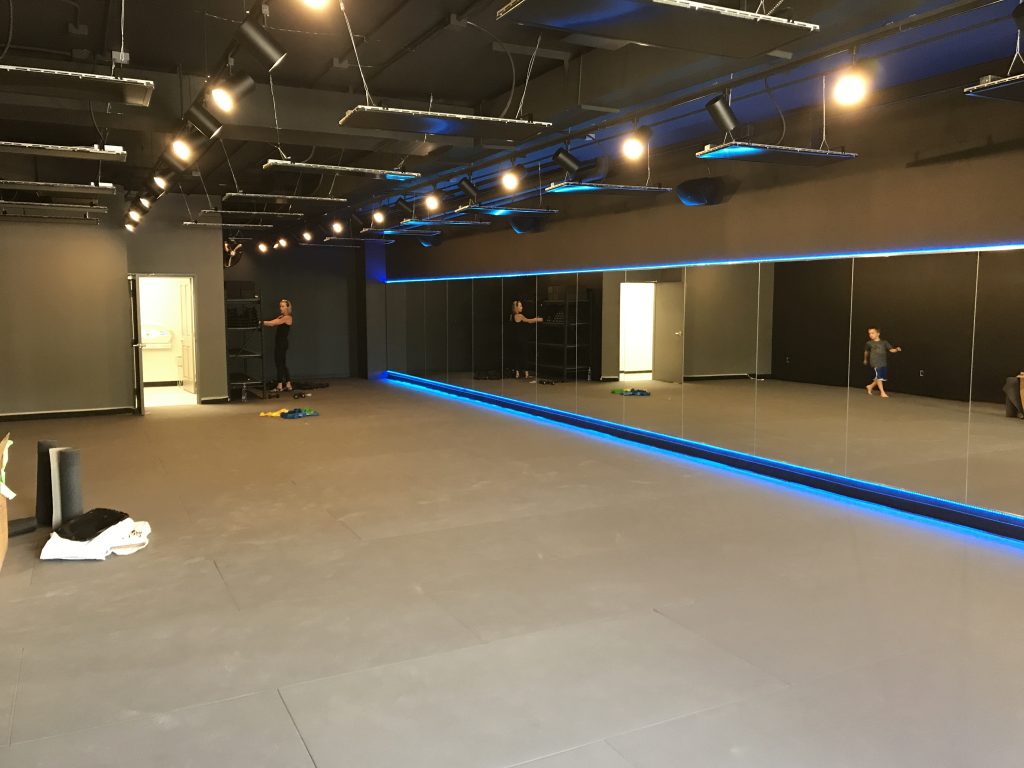 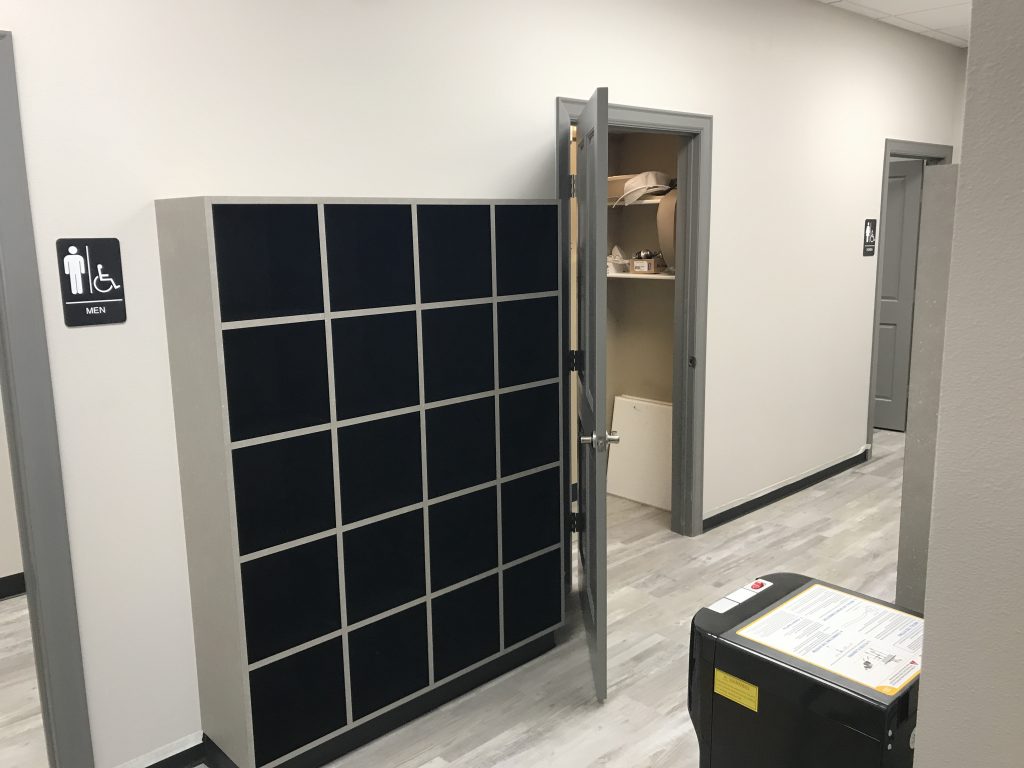 The project was a 2,850 square-foot buildout valued at approximately $142,000. It involved the demolition of existing office space and renovation into a yoga studio. A couple existing walls remained, otherwise, the space was completely transformed to add two studios – including one large studio for infrared yoga and a smaller studio for traditional yoga and children’s classes. The space also added two showers and a laundry room. The most unique feature is the all-black infrared studio, which includes a wall of mirrors surrounded by color-changing LED lighting.

The buildout lasted approximately two months from late April through late June 2020. The project was completed on schedule and on budget after Lloyd cut its margin in half to help the project begin in the middle of the COVID-19 pandemic. Lloyd helped manage the budget well enough along the way that the client was even able to add a few extras throughout the process.

The biggest challenge was getting new plumbing to the space, with a restaurant located directly below it. The Lloyd team had to work around the restaurant’s operating hours and make sure the site was cleaned up and cleared before lunch hours began.

“The project went so well. I got two different bids and right off the bat, I knew Lloyd might be more expensive as the bigger company of the two, but they could do it in my timeframe and I felt very comfortable talking to them. They wanted to know exactly how I wanted it and made sure we communicated until they fully understood my vision to make it exactly that way. When COVID happened, I said “nevermind,” but it worked out and they were able to come down on their percentages and get the buildout going, and they have such a good team.

The team that worked on this project, especially the electrician, was just perfect. We could call or text with any questions, and they were always willing to answer or meet me there. They had never done anything like this and really wanted to make sure it was my vision and how I wanted it, and it literally all came together. We had to soundproof, there’s a lot that went into it. I think we wowed ourselves with how cool it was when it was done.

They really looked out for me as a consumer, and as someone new to this, you could see it was their passion to do these projects and not blaze through them. They took pride in doing it and everything was on time, even during COVID, it was crazy. I have such good things to say about their crew. They achieved my vision tenfold. We had to think outside the box on a few things, but they would go above and beyond. They wanted it to be how I wanted it, and it was really nice to feel like they have your back and not like you’re battling to get something done. I’m super happy.”