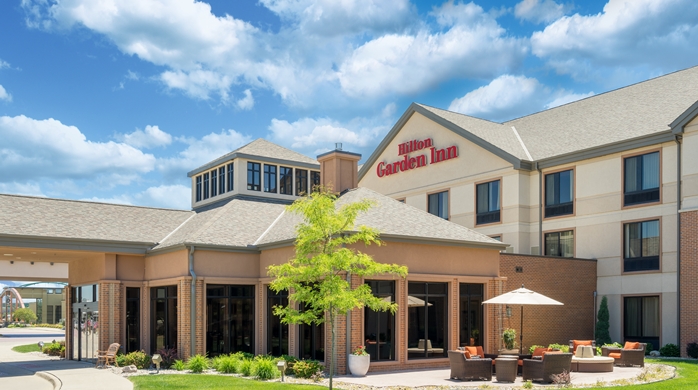 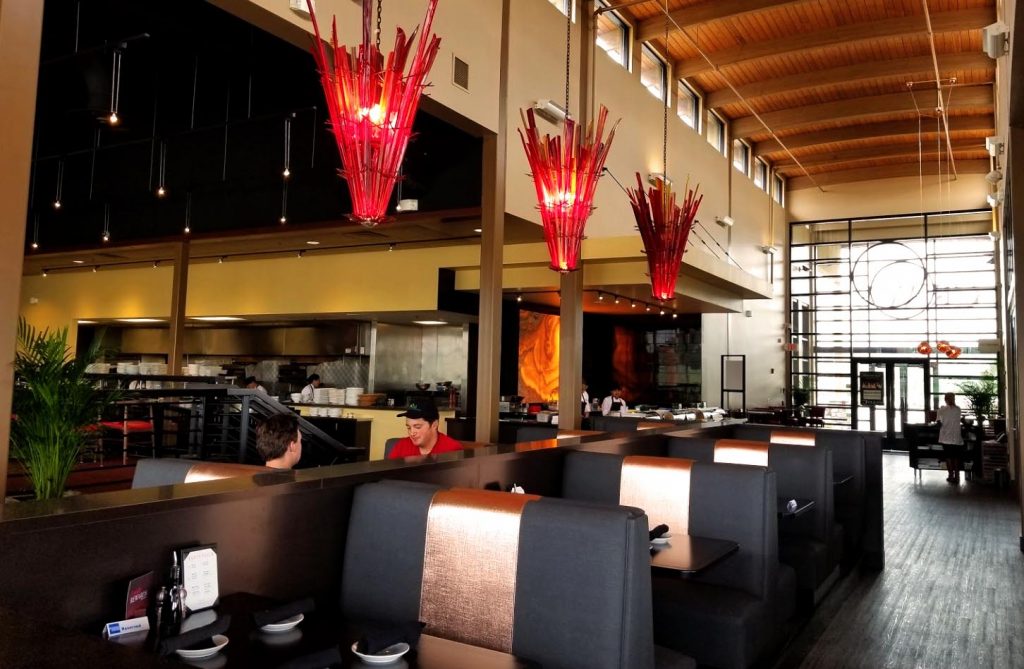 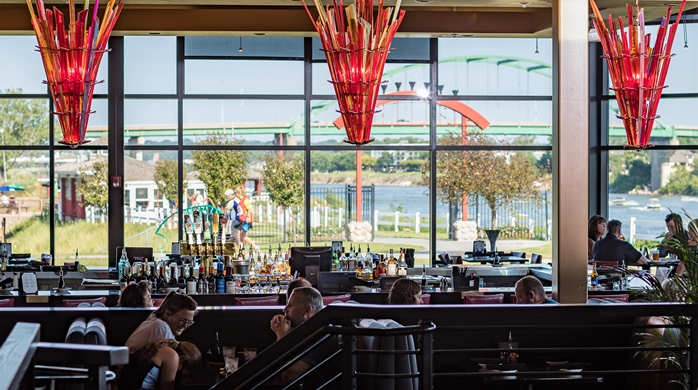 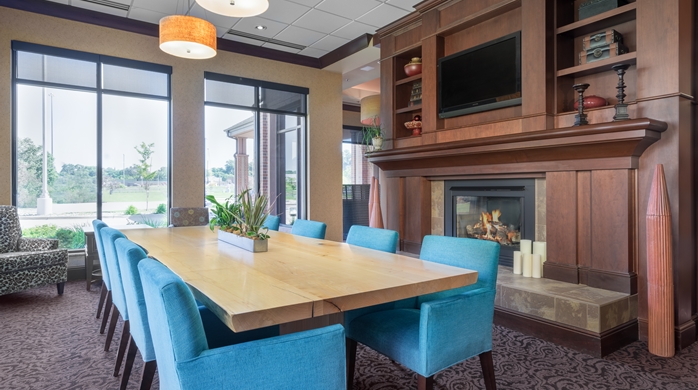 When a new owner purchased a hotel, restaurant, marina and seasonal bar in downtown Sioux City, Lloyd Companies came in to transform the area into a modern riverfront center of activity.

“We completed the project in phases, shutting down half the space at a time,” project manager Justin Pittmann explained. “That ensured the sales team could still service guests in booked meeting space and allowed the hotel to continue operating throughout the renovation.”

Lloyd’s construction team worked closely with the hotel to adjust work times based on meeting room occupancy, so attendees and presenters weren’t disturbed.

The second phase of the renovation involved the local restaurant attached to the hotel.

In two months in early 2017, Lloyd Construction completed a $417,000 remodel, fully gutting the property and rebranding it as CRAVE American Kitchen & Sushi Bar, a popular concept based in the Twin Cities.

“Again, we worked closely with the hotel to minimize disruption, as well as with the restaurant franchisor to ensure the project met their timeline and budget,” Pittmann said.

“It was important to ensure they were up and running at full capacity as quickly as possible,” Thorkelson said. “We got it done just in time for a Valentine’s Day reopening, and it’s been a fantastic addition to Sioux City ever since.”

The final phases included renovation of all 123 guest rooms and coordinates, removing the existing furniture and installing new furniture and artwork.

“It was necessary to carefully plan and communicate our plan to ensure the hotel could remain open and operational and that a clean, safe construction zone was established for guests and staff,” Pittmann said.

During that phase of the renovation, the hotel’s owner approached Lloyd to adjust the schedule, because a significant piece of group business came together.

“We quickly agreed to wrap up the in-progress room renovations, shifted the team to other jobs sites and temporarily shut down renovations for two weeks,” Pittmann said.

This adaptability allowed the hotel to sell every room possible to the group.

“We understand the need to capture business when opportunity arises and absolutely relate to wanting to deliver outstanding experiences,” Thorkelson said. “We easily adjusted our schedule to meet the timeframe and needs of the hotel’s owner.”

Finally, Lloyd completed the public and lobby area renovations for the property.

“We have a unique understanding of the role that hospitality and dining play in amenity areas,” Thorkelson said. “The impact this project has had on Sioux City is bigger than simply a renovation and a rebranding. It has modernized the area and is drawing more people to the area, which in turn has a positive effect on the entire community. We were honored to help make it happen.”