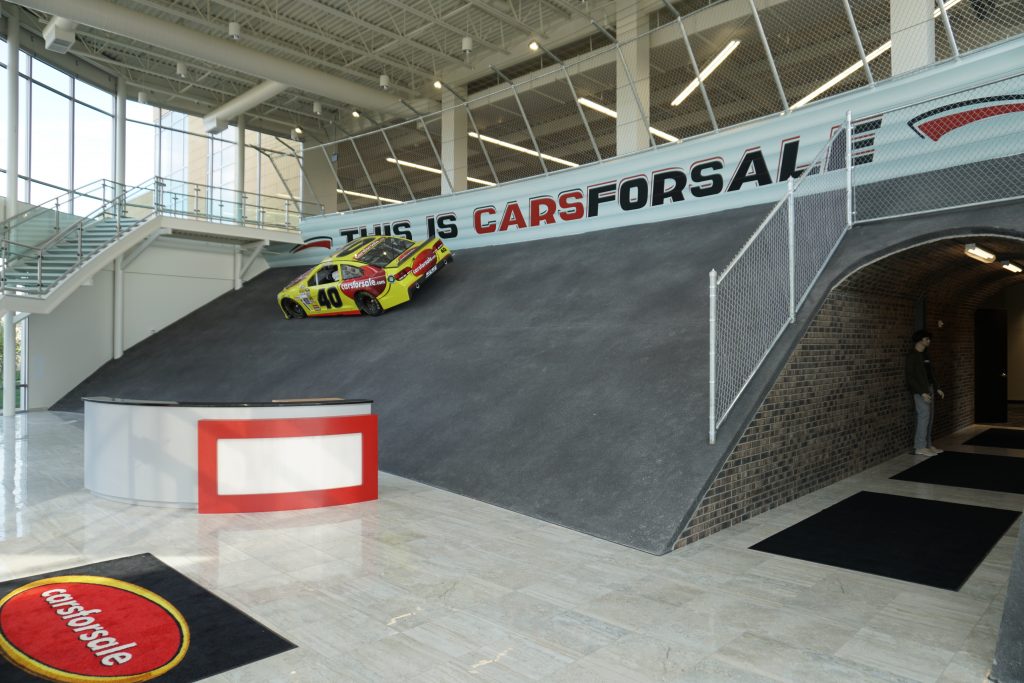 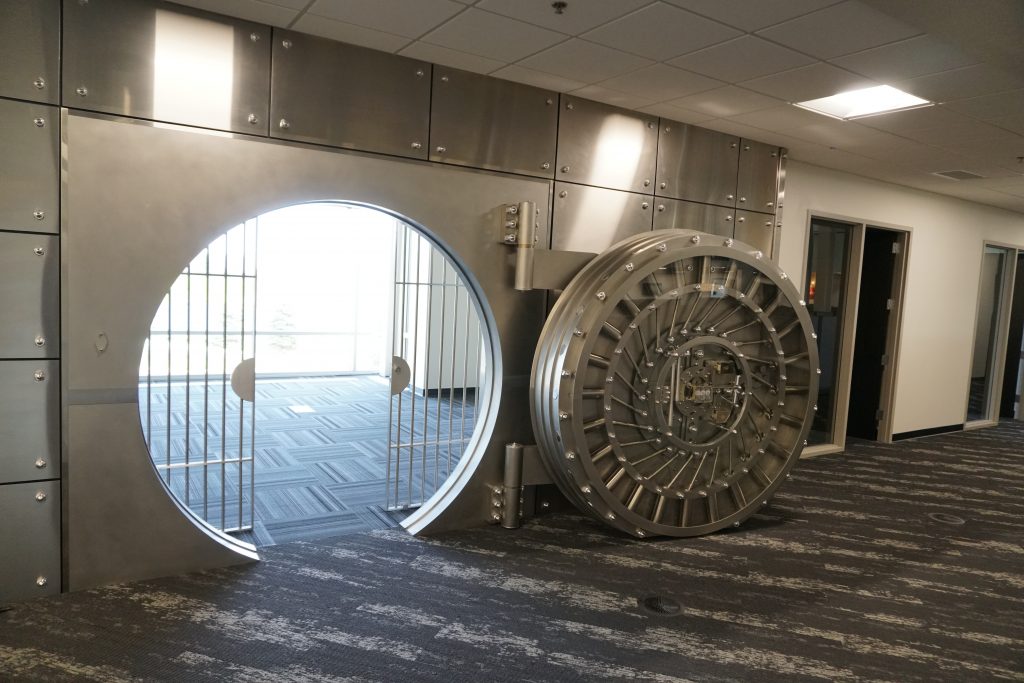 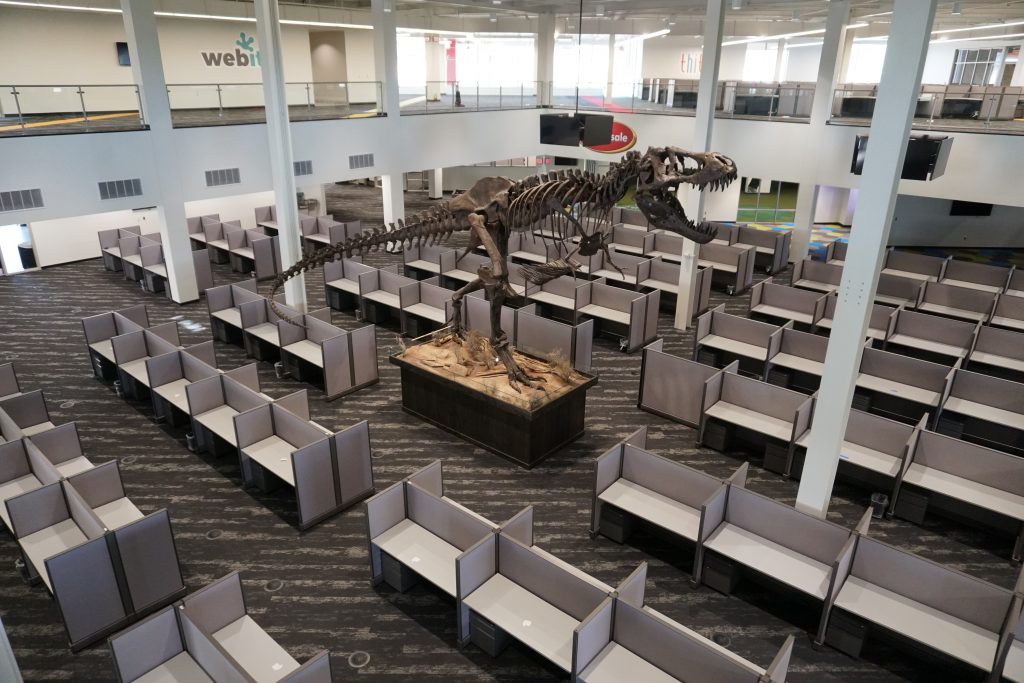 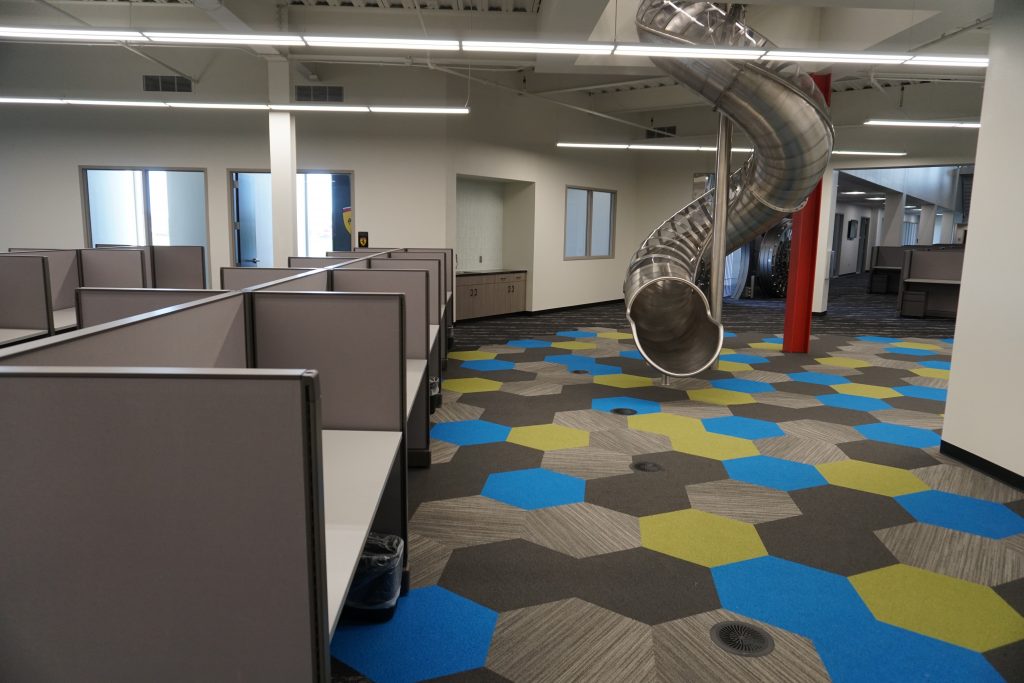 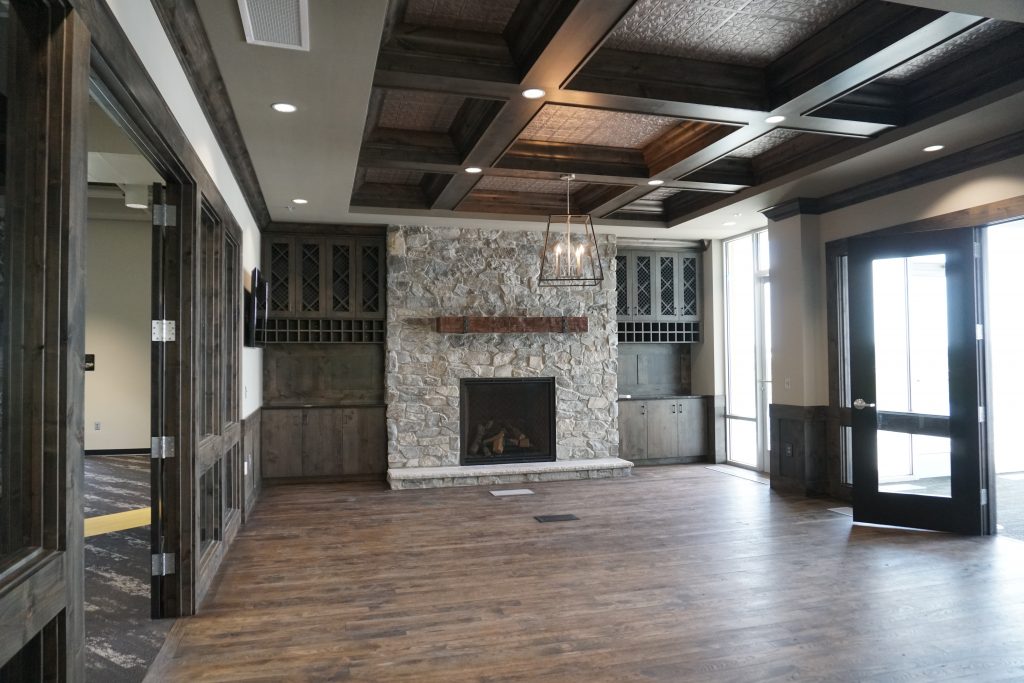 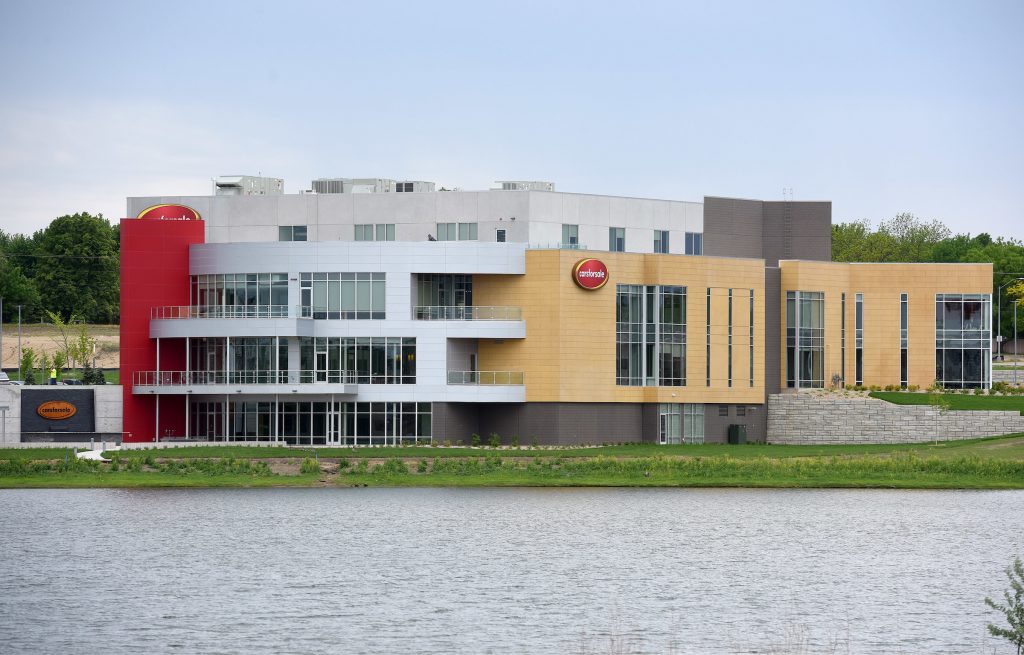 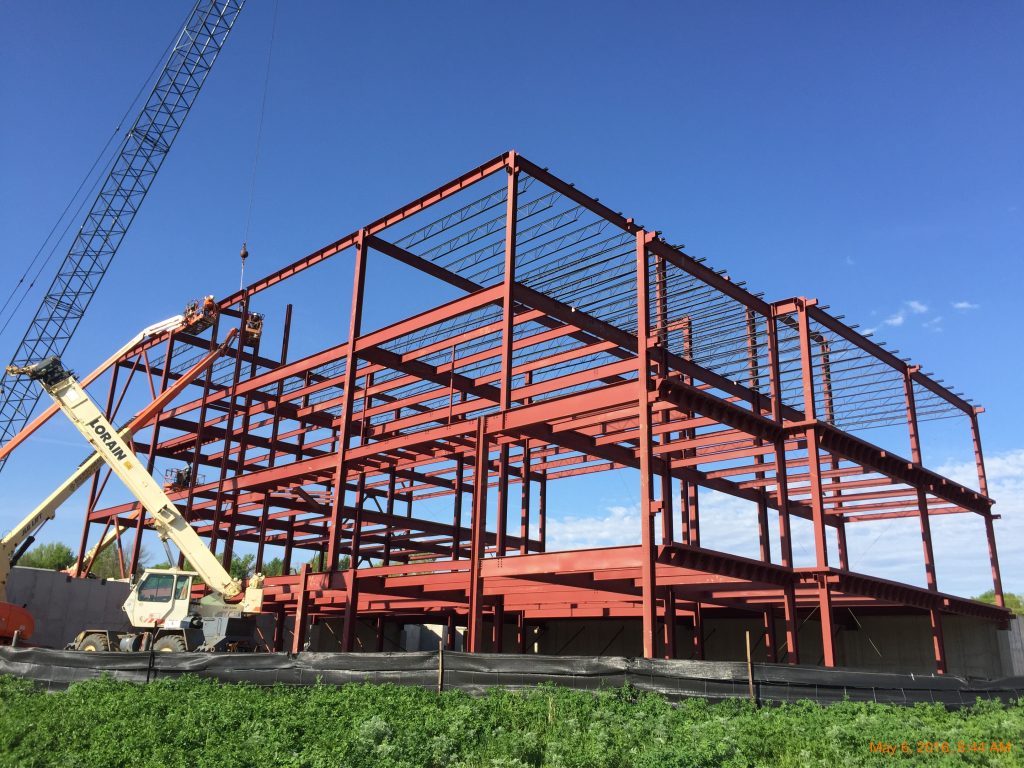 It’s got a race car on the lobby wall, a full-size T-rex in the middle of the office, a bank vault door for the CFO and a twisting slide from one floor to the other.

Those features and more inspired and challenged Lloyd Companies, the general contractor for the corporate headquarters of Carsforsale.com.

While it has elements of a Silicon Valley-style company, the business is headquartered in Sioux Falls, S.D. Founder Sean Coffman leased and steadily outgrew office space from Lloyd Companies for years. When he decided to build and own his own headquarters, the relationship continued with Lloyd’s construction division.

“Sean is a unique client,” project manager Justin Pittman said. “He wanted to provide a special place for his employees as a thank-you for sticking with him as he grew the company. He did things to spoil his employees and bring out their inner kid.”

Lloyd worked closely with VanDeWalle Architects on the design for 18 months before construction, which began in the fall of 2015.

“A lot of what we do is developer-grade, for lease space, and this was an owner-occupied building, so Sean was able to do a lot of things we might not have been able to do in some of our buildings,” Pittman said.

The 111,000-square-foot project sits adjacent to a manmade lake in the city’s Lake Lorraine development.

Originally, the building was intended to be three stories, but once design progressed it became clear up to 9 feet of digging would be required to remove the sandy, clay soil and bring in import materials. Lloyd encouraged Coffman to look at utilizing the lower level.

Inside, Coffman had several visions to make the space one-of-a-kind, starting with securing a bank vault door for his CFO’s office.

Coffman was close to buying one used on eBay that would have to be removed out of state, when Lloyd Construction sourced a supplier of bank vault doors and secured a brand-new one.

“It was designed to current standards,” Pittman said. “It was a little challenge because of the sheer mass, but they helped install it, and it worked out great.”

Another vision connected Lloyd to a company in Germany that could erect a playground-style twisting slide.

“You don’t do a lot of slides inside buildings,” Pittman acknowledged. “We went back and forth with them to get the turn and elevation change and floor size right. So that was unique.”

And then came the Talladega wall. Coffman, a racing enthusiast, has driven a racecar at Talladega Superspeedway and wanted to display the car in the office. Right in the lobby.

His vision was for a wall that mimicked the angle of the racetrack. So Lloyd Construction, a team of engineers and some ingenuity made it happen.

“It’s not something you bring to an engineer who says, ‘We’ve done it before.’ And Sean wanted to make sure it wasn’t part of the structure, so he can always pull it out,” Pittman explained. “It’s just steel studs and concrete. It would come out fairly easily. It took a fair amount of meetings, but we ended up with something that’s lightweight and removable.”

“The Talladega wall has 3 1/2 inches of concrete on a 33-degree slope with a NASCAR sitting on it, and that was completely fresh to everybody,” Coffman said. “It had to be drawn out, engineered, and it was amazing to watch it done. It turned out great. We hung a NASCAR on a wall. Lloyd delivered on that. Lloyd has been amazing. The attention to detail. Stuff is done right. It’s quality.”

The Carsforsale team moved in during the summer of 2017, and Coffman is back to growing his business.

He has nothing but praise for his construction project, which has set a new standard for office space in Sioux Falls.

“Like any project, we had minor items that we negotiated through together and came up with a win-win solution. We got along great,” Coffman said. “These guys know what they’re doing. They’re professionals. Lloyd hit it out of the park. They absolutely delivered.”

“I’m very pleased with the way it turned out,” Pittman agreed. “The building really speaks for itself in a lot of ways. It catches your attention, and if you ever get a chance to walk it, you walk away having seen something special.”