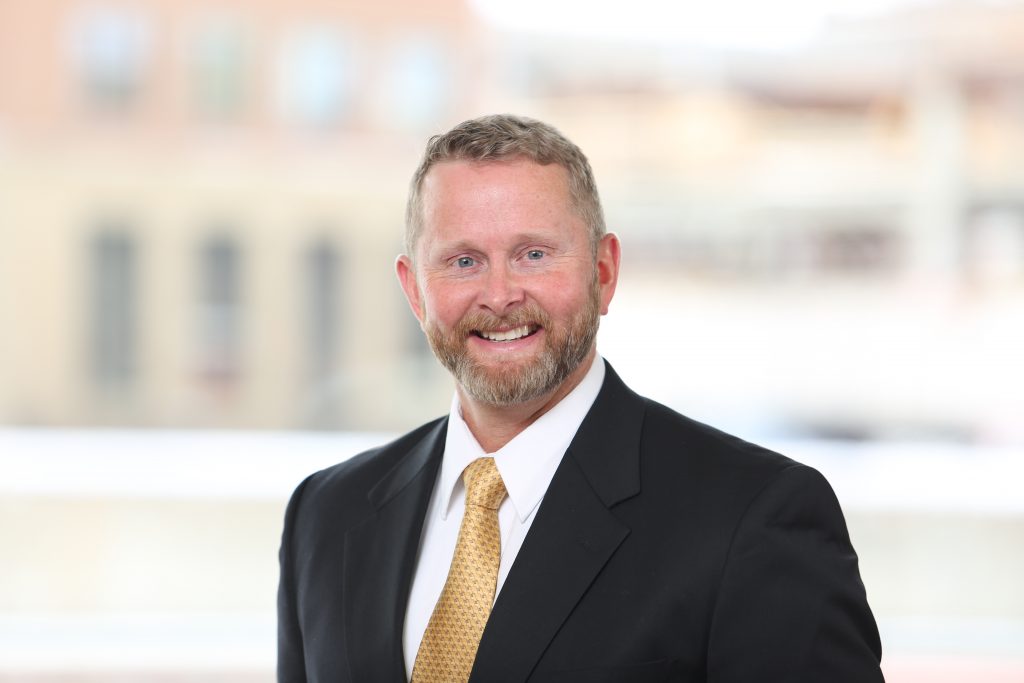 As Lloyd Companies’ new regional vice president of construction, Joe Bakke will find his job takes him around South Dakota and beyond. But that’s nothing new for the Brookings native, who has literally moved all over the country as family, school and work have taken him from coast to coast.

He received his degree in construction management from Cal Poly and has lived everywhere from Massachusetts to Minnesota and Oregon to Oklahoma. “South Dakota will always be home for me,” Bakke said. “I was excited at the thought of moving back.”

As regional vice president of construction, Bakke leads project delivery teams and frequently visits them as Lloyd grows its regional presence. He’s the face and the voice of the main Lloyd office for many, and helps ensure a safe working environment while continuously looking for growth opportunities and ways to improve.

“Ultimately, the opportunity to work with a family-owned company that was growing and where I could have an immediate positive impact was most attractive,” he said. “Great people work here. There really is an amazing assembly of folks working for the company in each of the divisions.”

Bakke came from one of the nation’s largest general contractors, and in his first week at Lloyd he concluded the team here is top notch. “My initial impression was that the on-boarding process is much more effective and smoother than most companies that I have seen,” he said.

“They are really doing it right. I have also been impressed with the professionalism and the ability to have fun, while still being financially successful.”

One highlight of his initial weeks on the job: Meeting company founder Craig Lloyd. “I told him it was like working for some sort of legend,” Bakke said. “I knew of him but never met him. It was truly an honor to finally meet him and thank him for the opportunity.”

With the addition of the Lloyd Hospitality division, a growing relationship with Fleet Farm and successful new multifamily projects, Bakke says there’s tons of potential for Lloyd to continue growing regionally.

“The sky is really the limit,” he said. “I’m expecting amazing growth for Lloyd Companies regionally.”